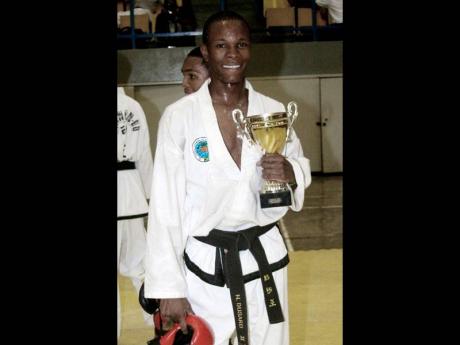 Dussard, who won Jamaica's first ITF Pan Am gold in Brazil 2008, defended his lightweight black belt title with a big victory over world champion Julio Carlos of the United States.

The 22-year-old Jamaican topped off his sparring title by also bagging gold in patterns.

Dussard basked in his victory over Carlos whom he has had mixed fortunes against on the USA ITF circuit, but had never faced in a regional or international tournament.

Jamaica's Adrian Moore was also among the medals, as he won bronze in the black belt middleweight division. In patterns, Oshane Murray showed his diversity by winning silver in first to second degree black belt.

Veteran Arthur Barrows pulled off a win in the black belt masters category. Barrows also won a first for Jamaica by taking silver in fourth degree patterns, the highest title in that form.