Four locals in Windies U19 squad 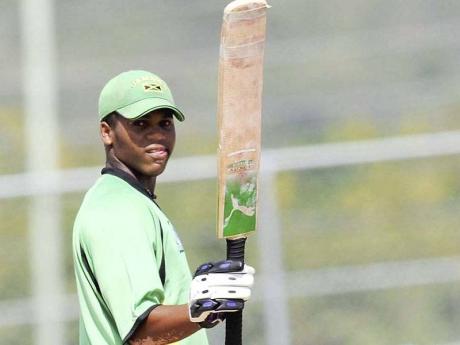 Opener John Campbell and leg-spinner Donovan Nelson headline a list of four Jamaicans who have been named in the West Indies Under-19 squad for the upcoming ICC Under-19 World Cup.

The tournament, which will be held in Australia between August 11 and 26, also sees batsman Bryan Gayle and fast bowler Marquino Mindley making the cut.

Campbell was a member of the West Indies Under-19 team that made it to the semi-finals of the 2010 Under-19 World Cup in New Zealand, while Nelson was captain of the Jamaica team that won the league phase of last year's regional Under-19 tournament.

The team will be captained by Barbadian opener Kraigg Brathwaite, who has represented regional senior team in nine Tests and is ranked 95th in the International Cricket Council (ICC) Test batting rankings.

The tournament will also see defending champions Australia parading a player with Test experience in captain Pat Cummins, who is a fast bowler.

Cummins took seven wickets in his debut Test against South Africa in Johannesburg last year and played in three one-day internationals on the same tour, which Australia won 2-1.