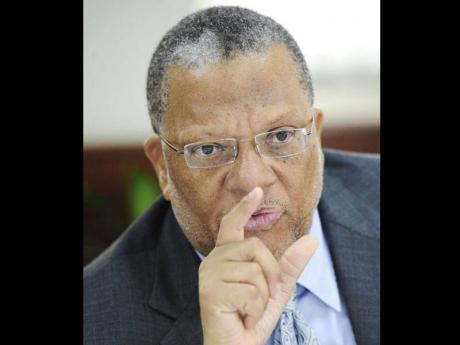 
The Bank of Jamaica, Ministry of Finance and Planning, and the Attorney General's Department will be collaborating to handle the risks, costs and impact on Jamaican law of local financial institutions' compliance with United States legislation aimed at catching tax cheats under the Foreign Account Tax Compliance Act (FATCA).

With less than six months before the law takes effect, Finance Minister Dr Peter Phillips also indicated yesterday that the Government was contemplating entering into a bilateral arrangement with the United States to relieve local financial institutions of the potentially costly burden of compliance.

"The Bank of Jamaica will carry out its risk assessment on its licensees to determine the readiness of these entities," Phillips said.

"We will refer the available materials on FATCA to the Attorney General's Chambers for their advice about the implications of the FATCA regime under Jamaican law. In particular, we will have to minimise the legal risks faced by our financial institutions," Phillips said while addressing a Financial Services Training Institute breakfast seminar at the Terra Nova Hotel in St Andrew.

Under FATCA, the US requires foreign banks to find American account holders and disclose their balances, receipts and withdrawals to the US Internal Revenue Service (IRS), or be subject to a 30 per cent withholding tax on income from US financial assets held by the banks.

Jamaicans without a green card will also be subject to the measure, provided they travel to the US for about two months each year.

Many local financial institutions have announced their intention to comply. However, US tax authorities still have not issued final regulations on the matter, having issued four updated drafts over the past two years.

"My message to the financial institutions is to start making the necessary preparations," Phillips said.

"For our part, the Government will continue to monitor developments and will continue our discussions with the US authorities. At the same time, our regulators and the Ministry of Finance will continue to work closely with local financial institutions so that they will not be placed at a disadvantage when it is implemented in 2013," the minister said.

Noting that the Government would explore the possibilities of entering into a bilateral agreement under FATCA, Phillips said that "if this proves possible, then the financial entities would be relieved of some liabilities, particularly if reporting is done through the local central authority which would be empowered to receive this information". He said that information on the matter would develop with time.

Phillips cautioned, however: "We do not know at this time what would be the liability of the Government to honour such an agreement or what would be our responsibilities. It is all conjecture at this time, but it is something we will explore with the US authorities."

The US Congress passed FATCA into law in March 2010 and it is set for implementation on January 1, 2013. It gives the US increased power to attain compliance from Americans residing outside the US by coercing non-US banks and institutions to provide account information on its citizens.

"Our position is that the realities of the global financial framework make it critical that our financial institutions be prepared to meet this challenge," he said, indicating that FATCA represented the latest move by governments around the world to collect taxes from its citizens. The new law closes a tax loophole that investors had used to avoid paying taxes on dividends by converting them into dividend equivalents.

Critics of FATCA argue that it represents increased US hegemony to collect information on its citizens and non-citizens. China has voiced opposition to FATCA, but most other nations have indicated a willingness to comply.

"We understand the asymmetries of power and it means that despite our best efforts, we prepare for the worst and expect the best," Phillips said.