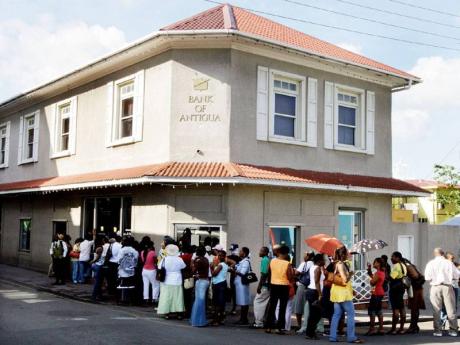 A week after he was jailed for life, Allen Stanford's former chief investment officer has agreed to plead guilty and serve three years in prison for her role in Stanford's US$7 billion Ponzi scheme involving Antigua-based Stanford International Bank (SIB), according to reports in Houston, Texas.

Laura Pendergest-Holt, 38, will reportedly plead guilty to a single charge of obstructing investigators.

She faces trial in September on charges related to those resulting in Stanford's June 14 sentence of 110 years in prison.

US prosecutors had requested a maximum sentence of 230 years against Stanford, based on investors' losses on bogus certificates of deposit sold by SIB.

Pendergest-Holt is scheduled to appear in Houston in a US Federal District Court to formally face the charges, according to court records.

The former investment chief had told investors and the firm's financial advisers that she oversaw a stable of international money managers who were responsible for the bulk of the SIB's assets, according to court documents.

Testimony during Stanford's trial revealed that Pendergest-Holt might have had authority over as little as 20 per cent of the bank's assets.

Stanford, 62, was convicted on March 6 by a US federal jury of leading a massive fraud in which investors' funds were used to pay above-market returns to earlier investors - a classic Ponzi scheme.

Prosecutors accused Stanford of secretly borrowing more than US$2 billion in depositors' funds to finance a lavish lifestyle and several money-losing enterprises, including two airlines and an international Twenty20 cricket tournament that bore his name.

Stanford is appealing his conviction and sentence.