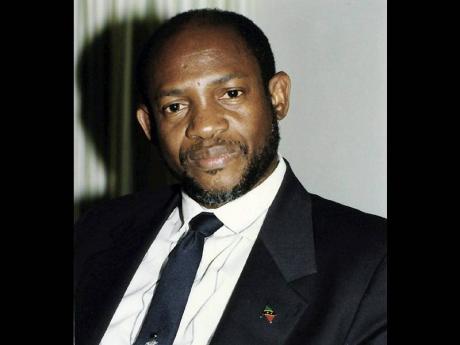 The International Monetary Fund (IMF) has painted a gloomier forecast for St Kitts and Nevis' economy, saying there will be no growth this year.

However, it praised the country for meeting all its fiscal targets as it continues to dig out from under one of the world's highest mountains of debt.

The disclosure follows a two-week IMF mission to Basseterre that ended on Friday, as St Kitts and Nevis nears the first anniversary of a stand-by arrangement with the Washington-based multilateral lender.

On Friday, team leader George Tsibouris said a review of the country's performance up to March's end of the 2011 financial year suggested zero per cent growth for the rest of 2012, as uncertainty in the global economy continued to depress growth locally, with falling output in the construction industry.

But the IMF official was pleased that the two-island federation's deficit shrank slightly - a sore point for the international financial institution and the government in Basseterre as it grapples with one of the highest levels of sovereign debt in the world relative to its size - peaking last year at 200 per cent of its economy.

"Softer-than-expected domestic demand resulted in lower imports that contributed to a narrowing of the external current account deficit," said Tsibouris in a statement released on the mission's findings.

The IMF team also found that Basseterre was meeting benchmarks to tightening spending and trimming entitlements, pointing to a proposal to reform the country's social safety net.

This include cutting its subsidy of cooking gas (LPG), which it said "constitute important first steps towards consolidating the variety of social assistance provided by the government, and will help to better target these programmes to the most vulnerable."

The Fund said St Kitts and Nevis had made "progress" as it moved to restructure its debt. Last month the government agreed to a swap of government lands for debt held by the country's commercial banks. It also struck a deal with the Paris Club to reschedule debt payments with its creditors.

The Paris Club meets every six weeks in Paris at France's finance ministry to discuss debt restructuring and other services to indebted countries and their creditors.

The deal is part of an overall drive to tackle US$1.1 billion in sovereign debt for the two-island federation, the highest among members of the Eastern Caribbean Currency Union, the six independent nations using the EC dollar.