Nothing new under the sun 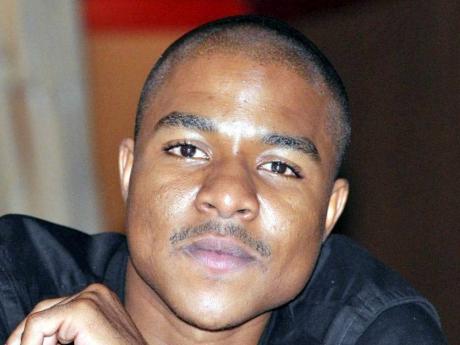 Move along. There's nothing to see here. You might as well go watch football (Euro 2012 is on), or buy a new outfit for that hype party this weekend, or do whatever it is that cool people do on Wednesdays. There's nothing new going on in Jamaica. King Solomon predicted this ages ago. He said, "What has been will be again, what has been done will be done again; there is nothing new under the sun."

So, while I should be delivering dazzling analysis à la Ian Boyne, flinging rhetorical hand grenades at the political Establishment alongside Gordon Robinson, or providing profound social commentary like L.A. Lewis, I simply cannot. There is nothing new to discuss on this island in the sun.

Sure, the police continue to kill Jamaicans. But that's old news. The details of the most recent police homicides aren't particularly noteworthy. Last Thursday, the security forces killed seven alleged (and let's not forget the 'alleged') gunmen in three separate incidents.

There's nothing especially upsetting - at least not in Jamaica - about seven lives being extinguished, by public-safety officers, in a single day. There were probably no angels among the dead. Right?

Besides, that's really nothing. In 2010, the security forces were killing dozens per day, at one point - 73 in a single week, more than 300 when we rang up the tally for the year. But now, they're just slacking. Like the Reggae Boyz, they really need to step up their game if they are to be more than mere shadows of their former selves.

Maybe I'm being a bit harsh. After all, there was only a single American fatality in Afghanistan - a war zone - that same Thursday. So I suppose seven dead Jamaicans is a respectable start. If our security forces can maintain that pace, they'll kill more than 2,500 Jamaicans in the next year. I don't want to jinx them, but, fingers crossed, they might even start to outpace the criminals in this ongoing game of bloodletting.

I think National Security Minister Peter Bunting summed it up nicely: "Nothing has come to my attention which would cause an alarm other than just the numbers." Brilliantly stated, Mr Bunting. In fact, I would go a step further and say the numbers aren't particularly daunting, really. A dead body here, a corpse there, who's counting - so long as they were criminals? And they were criminals, right?

In a functioning judicial system, a man simply does not allegedly (let's not forget the 'allegedly') shoot wildly at a public passenger vehicle, killing a young boy, speed away, flee the country, return after he is identified, get arrested and charged, receive bail, and then have his murder trial postponed for more than a year while he goes about life as if the whole wretched chain of events never unfolded.

But I won't feign outrage. This isn't new. This is good, old Jamaican justice. Our courts have a backlog of more than 400,000 cases. A broken photocopier, earlier this year, added to that backlog, reportedly disrupting the Supreme Court's schedule for a week.

Accused criminals regularly roam the streets, free to intimidate and even decapitate witnesses - as one allegedly (let's not forget the 'allegedly') did recently.

A high-profile public corruption case against a former member of parliament has languished in the system for half a decade due to some peripheral procedural matter between the judge and the DPP.

Gunmen and gang members, arrested by the police, continue to stream through the justice system's porous grasp, making their way back on to the streets to tango with police all over again.

A frustrated police force - emboldened by an exasperated and desensitised public - has now taken it upon itself to do the job of the dysfunctional judiciary. And why shouldn't they? Someone has to fight these monsters, right?

But, I digress. There's nothing new here. Maybe I'll go watch some football. Or plan for the next party. Or read a book - Nietzsche, perhaps. I especially like one quote of his: "Whoever fights monsters should see to it that in the process he does not become a monster. If you gaze long enough into an abyss, the abyss gazes back into you."

Rest in peace to all those who have died violently in Jamaica throughout the years.

Din Duggan is an attorney working as a consultant with a global legal search firm. Email him at columns@gleanerjm.com or dinduggan@gmail.com or view his past columns at facebook.com/dinduggan and twitter.com/YoungDuggan.