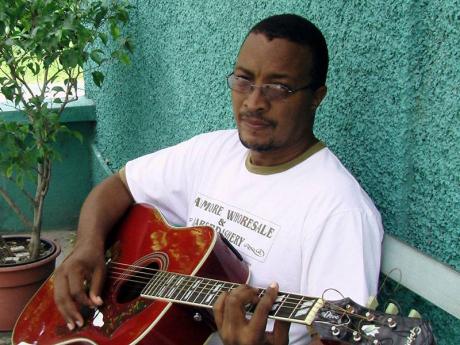 According to the Jamaica 50 Secretariat, the hoopla surrounding the choosing of the Orville 'Shaggy' Burrell-produced Nation on a Mission as the official Jamaica 50 song is all for naught.

The release pointed out that the song was not chosen as the official Jamaica 50 song but, rather, represented one of the themes of the Jamaica 50 celebrations.

"As previously stated, the secretariat does not intend to, nor did it choose, select or designate an official or national Jamaica 50 song, having received several excellent compilations from many of our talented artistes and musicians both locally and in the diaspora, to support different messages," the release read.

The release spoke with specific reference to Mikey Bennett's claim to having been asked to produce the official Jamaica 50 song, Fly The Flag, which he says has since been shelved, much to the chagrin of many.

"The opposition spokesperson was advised that several songs, including Fly The Flag produced by Mr Michael Bennett, would be designated as 'proudly celebrating Jamaica 50' as a part of the celebrations to embrace an all-inclusive approach to our rich musical heritage."

The secretariat went on to point out that outside of Bennett's production, there have been a number of songs that have also been given the thumbs-up from the organisation

"Many of these songs have already been in the public domain and others have been endorsed by the secretariat and were released for airplay and for the enjoyment of the public," the release continued.

Furthermore, according to the secretariat, the Jamaica Cultural Development Commission's annual popular song competition is still in train.

Bearing that in mind, the secretariat expects that a number of other songs will come to the fore in the way of celebrating Jamaica 50.

"We expect that the festival competition will itself produce an array of celebratory songs to augment authentic musical tributes to Jamaica 50," the secretariat insisted.

Clarifying the position of Nation on a Mission, the secretariat says the song was released last Friday, after elements had already been used in advertisements supporting Jamaica 50.

Bennett told The Gleaner that he now fully understands the situation and his thoughts have changed over the past days.

"My thoughts have changed in the past couple of days. I'm now looking at the upside of things. Out of what could have been a negative situation comes something positive," he said.

He continued, "I've known Shaggy for a long time and knowing him, he wants to do a lot of good for the people of Jamaica and all the artistes on the song are good artistes who put out a lot. There's no animosity between us (Bennett and Shaggy). I am in a good place right now. I spoke to some important people this morning and they explained the situation fully to me. In the end, we cannot afford anything to mar the celebration of our 50th anniversary."