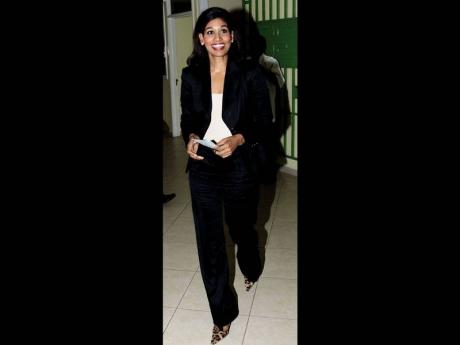 Lisa Hanna, minister of youth and culture, says the Jamaican community in Canada is advanced in its plans to celebrate Jamaica's 50th year of political Independence.

In a statement following a visit to Toronto last week to participate in Jamaica 50 events in that city, Hanna lauded the Jamaicans in Canada for their enthusiasm and high level of participation.

She said she was encouraged by the level of energy and enthusiasm being displayed by Jamaicans in Canada towards the Jamaica 50 celebrations.

"The Jamaica 50 team, the Grand Jamaica Homecoming Association, the Jamaican Consulate in Toronto, the JAMPRO office there, event promoters, the business community and even the media in Toronto are heavily involved in activities which are already under way to commemorate this significant milestone in the life of our nation," Hanna said in a statement issued following her return to Jamaica.

While in Toronto, Hanna met members of the Jamaica 50 planning team, the Grand Jamaica Homecoming group, and addressed staff of the consulate and government agencies. She also attended and gave the keynote speech at J Wray & Nephew's international launch of its specially aged 50-year-old Appleton Estate Jamaica Independence Reserve rum.

Hanna's heavy schedule in Canada included updating the Jamaican community on the 2012-2013 budget, the main thrust of Government policies for the current fiscal year, and preparations for the Jamaica 50 celebrations in Jamaica.

Meetings with Councillor Michael Thompson, the chairman of Toronto's Economic Development and Culture Committee, and the organisers of several cultural events to celebrate Jamaica's Golden Jubilee in Canada were included in the minister's itinerary.