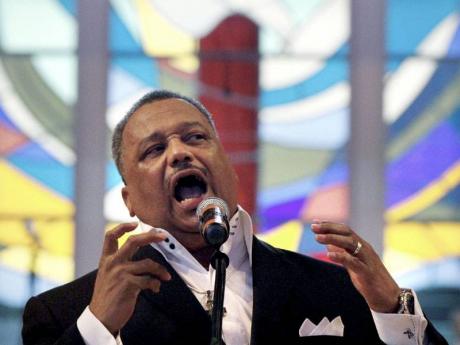 The Rev Fred Luter, pastor of the Franklin Avenue Baptist Church, delivers a sermon during service at the church in New Orleans, on Sunday, June 3. - ap

The Southern Baptist Convention voted yesterday to elect its first African-American president in one of its biggest steps yet to reconcile the 167-year-old denomination's racial past and appeal to a more diverse group of believers.

The Rev Fred Luter Jr was unopposed in being elected by thousands of enthusiastic delegates yesterday, at the annual meeting of the nation's largest Protestant denomination in his hometown of New Orleans.

Pastor David Crosby of First Baptist New Orleans nominated Luter, calling him a "fire-breathing, miracle-working pastor" who "would likely be a candidate for statehood if he were Catholic."

Crosby recalled how Luter built the Franklin Avenue Baptist Church from a tiny congregation to a megachurch of nearly 8,000 before the buildings were destroyed by Hurricane Katrina in 2005.

Members of Luter's mostly black church came to worship at Crosby's mostly white church, and the pastors worked together for two and a half years as Luter rebuilt Franklin Avenue. Today, with a Sunday attendance of 5,000, Luter's church is once again the largest Southern Baptist church for attendance in the state.