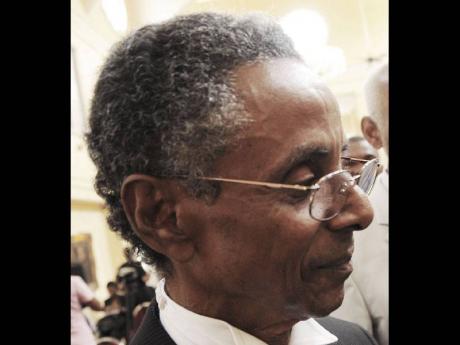 A CONTROVERSIAL legal opinion from the Attorney General's chambers that proposed public sector pension reform was in breach of the workers' contract was yesterday withdrawn by Attorney General Patrick Atkinson.

The attorney general's revelation that he was not privy to the advice from his department until it first hit the airwaves last week sent shock waves across the political divide in Gordon House.

The bombshell legal advice had threatened to erect a massive roadblock to the Portia Simpson Miller-led administration's efforts at clinching a new agreement with the International Monetary Fund (IMF).

Pension reform was a critical plank of the country's last agreement with the IMF. The Government's failure to implement the reform led to the country's inability to draw down on funds from the multilateral institution.

The Government's chief legal adviser told parliamentarians yesterday that an opinion proffered by an attorney in his chambers was faulty.

Opposition spokesman on justice Delroy Chuck described the development as "an untidy state of affairs".

Chuck said it was regrettable that an opinion put together by the attorney general's chambers had not been circulated to the head of the chambers over the past six or more months.

"It is a shocking state of affairs," Chuck declared.

"Regrettably it shows a disconnect between the political directorate at times and the civil servants who are preparing policies or putting together opinions for the relevant ministers to present to Parliament," Chuck noted.

Member of Parliament for South West St Catherine Everald Warmington questioned whether any action would be taken against anyone in the attorney general's chambers.

"This is a very serious indictment on that department," he said.

However, Atkinson told his fellow lawmakers that he would be attending a meeting of the joint select committee on public sector pension reform today to answer questions from committee members and provide more details on his statement.

Not only was Atkinson unaware of the opinion, but he said the deputy solicitor general was also in the dark.

Atkinson also told the House that former Attorney General Ransford Braham was also oblivious to the legal opinion which was submitted to the parliamentary committee last week.

The attorney general divulged that the controversial legal opinion was first requested in July 2010. He said letters were exchanged "back and forth" up to January 2012.

Commenting on his decision to rescind the earlier legal advice from his department, Atkinson argued that a "Government cannot bind itself from exercising its powers in the public interest".