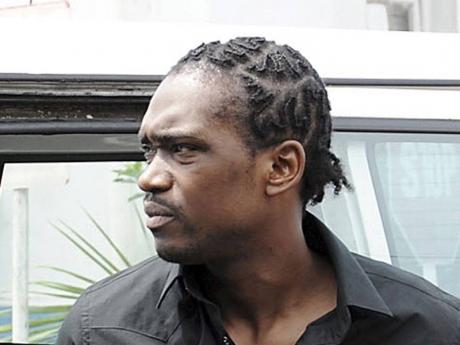 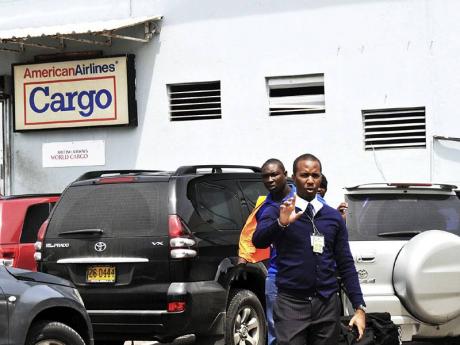 A member of the police party which escorted 'Busy Signal' to the Norman Manley International Airport yesterdaygesticulates his disapproval of the taking of photos, shortly before the entertainer was extradited. - Photos by Chadwyck Vassell/Photographer 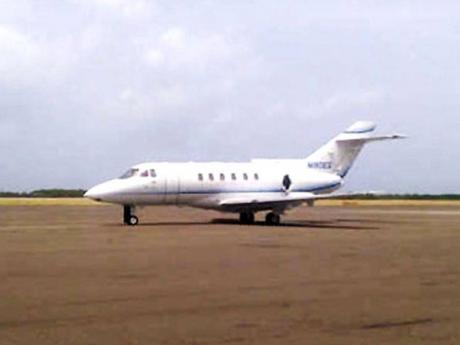 The airplane in which dancehall artiste Busy Signal was extradited to the United States yesterday.
1
2
3

Riding in the comfort of a silver Nissan X-Trail, sandwiched by two unmarked Toyota Rav4s with heavily armed police personnel, popular dancehall artiste, Busy Signal was escorted yesterday morning from the Tower Street Adult Correctional Centre, to the Norman Manley International Airport, where he was handed over to United States Marshals.

The law enforcement agents, including members of the Department of Correctional Services, bypassed the usual public passenger channel and opted to use the general aviation section of the airport where the artiste's travel documents were processed.

The police party, which hid him from the press, then hurriedly whisked him away in a convoy, on to the tarmac from which he boarded a private aircraft and flew out of the island.

Busy, whose real name is Glendale Gordon, was extradited to Minnesota in the US to answer charges connected to narcotics offences, allegedly committed in 2002. According to the police, he was offered bail after being charged with the narcotics offences, but later fled to Jamaica, where he has been hiding under a false name for more than a decade.

The presence of the plainclothes policemen, clad in black knitted tams and dark glasses, created a stir.

"We thought it was a big drug bust in the cargo section, but we later discover that it was 'Busy' they were extraditing," a security guard on duty told The Gleaner.

An extradition warrant was executed on the entertainer last month, when he arrived from the United Kingdom. His British visa was cancelled immediately. After his first court appearance in Kingston, he later surrendered his rights to fight the extradition proceedings.