We want our own building - Sav's mayor 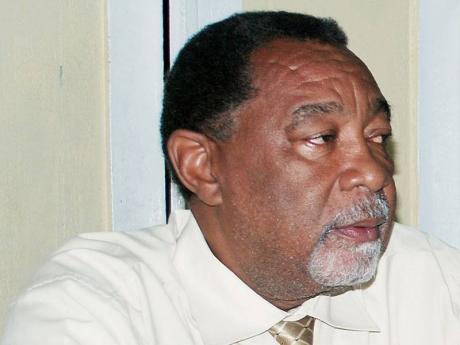 Savanna-la-mar Mayor Bertel Moore is calling for Local Government Minister Noel Arscott to fast-track the release of engineering reports which are delaying the construction of a new municipal building for Westmoreland.

Moore said the delay in construction is creating serious problems for the Westmoreland Parish Council, which is currently operating under cramped conditions at the Savanna-la-mar Court House building.

"We don't have a problem with the court," said Moore. "The problem we are having is with the condition that the office is in. We lack space so we are jumbled up in here. We need a proper meeting room as, currently, council meetings are being held at the Anglican Church Hall, while other meetings are crammed inside this limited office space."

In addition to the cramped space they are now operating in, Moore said the council bid for modernisation is being stymied by the inappropriate stat of the current location.

"As a matter of urgency, we need a new accounts department for the modernisation of the council, which would require certain equipment to be there, but we don't have the space for it, so we are in need of the new building," the mayor stated.

According to Moore, the council submitted its building plans to the relevant authority more than six months ago, but is yet to receive the engineering reports which would allow the council to put the building out to tender.

"The only alternative is for Minister Arscott to use his influence ... to speed up the process as we are suffering here," the mayor said. "We received a $30-million allocation from the previous local government department to assist with the construction of the building and it is still being held to be used for that purpose."

Moore said the council building, which will include a mayor's parlour, accounts department, secretary/manager's office and a meeting or conference room, is estimated to cost $41.5 million.