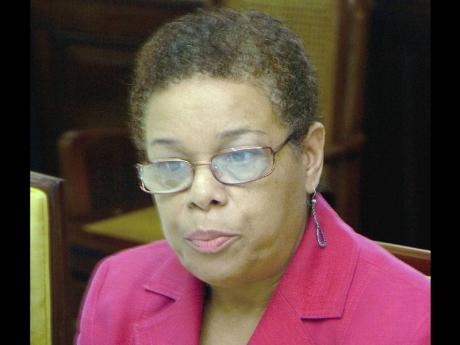 HOUSING DEVELOPERS in Mandeville have been thrown into a tailspin, as the National Water Commission (NWC) has put a hold on the connection of all new subdivisions in Mandeville to their system due to the water crisis facing the town.

The matter was brought up at the Manchester Parish Council monthly meeting last Thursday, when Courtney James, NWC zone team leader, was asked by the council where the water was coming from to supply the National Housing Trust (NHT) Perth Housing Development project.

NHT and NWC in dialogue

James said the NHT and NWC have been in dialogue pertaining to the Perth Housing Development. "I know there was some thought in the process with the NHT helping the water commission with the (building of) Number Four well," he disclosed.

The Number Four well is one that is scheduled to be built in Goshen, St Elizabeth, to add more water to the Mandeville water supply system.

James said it would still need additional wells to adequately supply water to the Mandeville area. "The more people you put on the system to take away the water, then people who are at higher elevation start having more challenges, so that is the challenge," James explained.

Chairman of the Manchester Parish Council, Mayor Brenda Ramsay, in shedding light on the council's stance on the Perth housing project, said. "The public should know that we had reservations about approving that subdivision, because we had concerns about the source of water. We held back on the subdivision's approval. Subsequently, we met with persons from NHT, and we were told that this comes under the Housing Act."

Ramsay disclosed that the NHT gave the reassurance that they will be building a storage tank for the Perth project, and that they have the responsibility to ensure that water is available for that subdivision.

"When the time comes, I want to know what are the conditions that will be put in, because we (parish council) are not going to sit here and take the blame for things we have no control over," Ramsay said.

Phase one of the Perth Housing Development project is scheduled to have 346 houses. There are also plans for other phases to be built. There are also other subdivisions being built in and around Mandeville.