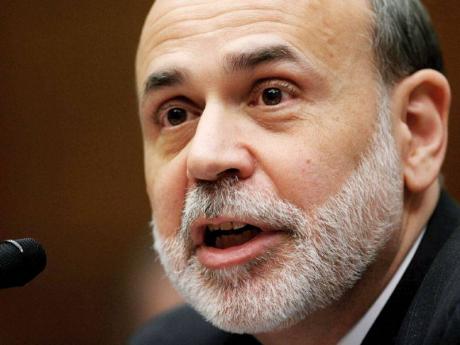 The Federal Reserve has sharply lowered its outlook for US economic growth and thinks the unemployment rate won't fall much further this year.

In its updated quarterly forecast, the Fed lowered its prediction for growth in 2012 to 2.4 per cent, a half percentage point weaker than its previous forecast in April.

That isn't much better than the economy's tepid 1.9 per cent annual pace of growth in the first three months of the year.

The Fed also downgraded its outlook for unemployment. It thinks the unemployment rate will fall no lower than 8 per cent by year's end. That's more than its prediction in April that the rate could be as low as 7.8 per cent at year's end.

The unemployment rate is now 8.2 per cent.

The central bank is also forecasting lower inflation. At its highest, it expects inflation to rise 1.7 per cent this year, well below its 2 per cent target. The decline is largely due to a steep drop in gasolene prices.

Most economic reports since the Fed's last meeting have pointed to a sharp slowdown in the economy. Job growth averaged only 73,000 in April and May. That followed average gains of 226,000 a month in the first three months of the year.

The number of Americans seeking unemployment benefits has risen about 5 per cent in the past six weeks. And employers posted sharply fewer job openings in April compared to the previous month.

With job growth weaker and the unemployment rate still high, consumers have pulled back on spending. Retail sales have fallen for the past two months. Part of that is due to falling gas costs. But even excluding gas sales, spending barely rose in May and fell in April.

Businesses also appear less confident about the economy. They are placing fewer orders at factories, which has slowed manufacturing output. A measure of companies' investment spending has dropped for two straight months.