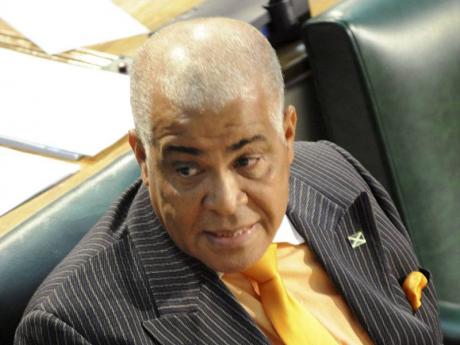 It is unusual, to say the least, that an experienced politician such as Robert Pickersgill would speak words that are self-incriminating.

In his infamous remarks, Mr Pickersgill admits that the People's National Party received from a fraudulent operator at least US$1 million and declares they may have no moral obligation to account for, or return, or report to authorities what happened.

Without arguing morals yet, I believe that this requires investigation under the Suppression of Crimes Act, and the Money Laundering Act. Under these rules, the receiver must declare, and has a legal obligation to answer these questions:

1. Where did the money come from?

2. Did the party receive cash or instrument (cheque, draft, and other transfers)?

3. Which bank conducted the transaction?

4. Did the party or bank identify the original source of funds, to ascertain whether the money was legal, and not stolen, laundered or otherwise questionable?

5. Does the legality of Olint's registration in the Turks and Caicos Islands verify its legitimacy here?

Based on my knowledge of the subject, I think the matter should be sent to the director of public prosecutions for a ruling and action. It is not reasonable to expect compliance of every other entity, save the officers of the Government of Jamaica, and its ministers, who remain above the law.

Now, let us look at the moral issue. More than 100 comments have been registered demonstrating people's concerns. Let me mention some of recurring words in these comments:

This list goes on and on with similar comments.

I looked up the definition of 'moral authority' and found: Basis for a sense of right and wrong according to conscience.

One last comment. The funds were handed over in August 2007, and it is only now being reported, that is, in June 2012, almost five years later.

Olint and David Smith were found guilty of numerous charges, including fraud, so his guilt has been established in a court of law. There has been more than enough time to declare what was received, Why then has Mr Pickersgill waited so long, knowing that in the interim Olint was robbing people of their money? Has the interest of the Jamaican people been served?