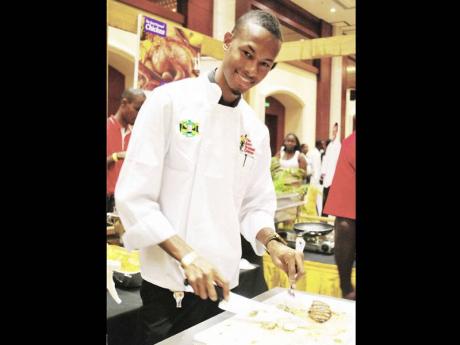 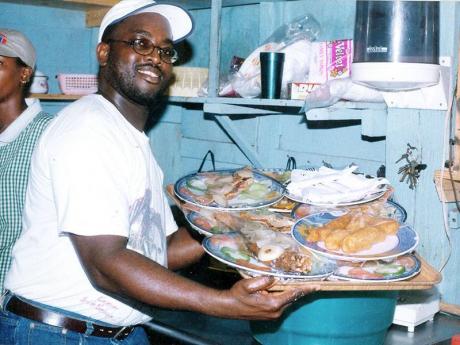 Evrol 'Blackie' Christian gets ready to spread a feast for his guests. - File
1
2

Set for July 6-8 in Alligator Pond, Manchester, one of Jamaica's premier seafood events, the Little Ochie Seafood Carnival, aims to draw thousands of patrons to the parish for the two-day event. Proprietor and brains behind the 14-year-old seafood carnival, Evrol 'Blackie' Christian, promises to raise the bar in comparison to previous years. A new element is being added which he expects to spice things up a bit.

Celebrity chef Brian Lumley will test Christian's veteran culinary skills in a cook-off that is sure to excite the palates of attending patrons. The young chef enters the cook-off with a solid résumé. Described as a chef extraordinaire, Lumley has been making his mark on the regional culinary landscape over recent years, with outstanding performances such as copping the coveted Taste of Jamaica's Chef of the Year 2008 - the youngest ever chef to win this prestigious honour - at the age of 21. He joined forces with the Jamaican culinary team and competed at the 2009 staging of Taste of the Caribbean held in Puerto Rico, copping a team gold medal while he won a personal bronze.

Fast-track to 2010 and Lumley returned to the Taste of Jamaica culinary competition where he copped the Hans Schenk Award for Most Innovative Use of Caribbean Ingredients as well as a silver medal.

Christian is a two-time recipient of the NCB Nation Builder Award.

Lumley said he doesn't intend to be expansive in what he prepares for his cook-off with Christian, as he finds that Jamaicans tend to not experiment a lot with their food.

"I am curious to see the flavours that come out. I hope Blackie doesn't change his usual style of doing things for the purpose of the cook-off. We don't want to take it too seriously," he ended.

Lumley admits that he has never attended the festival before, but is curious to see how people will react to the food that he will prepare.

"I have never been to the seafood carnival, but I hear it attracts a large crowd every year. So I want to know what they are looking for. For those living overseas, I want to know if their palates have changed; I am interested in the whole psychology of it," states Lumley.

The Bigga Little Ochie Seafood Carnival is endorsed by the Jamaica 50 Secretariat.