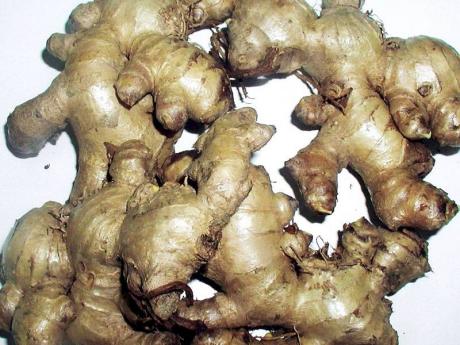 Jamaican foods and beverages are renowned globally for their high quality and exotic flavours, endearing the discerning taste buds and palates of many people who continue to enjoy them.

Cognisant of this and the competitive advantage which Jamaica's unique foods present in the global marketplace, private- and public-sector stakeholders and interests have, both individually and collectively, been engaging in activities aimed at enhancing output, thereby establishing and consolidating the presence and prominence of local products.

The latest such undertaking is a $42-million ginger and turmeric project, being spearheaded by the Ministry of Agriculture and Fisheries through its Export Division, which was launched earlier this year.

The project represents what portfolio Minister Roger Clarke says is the fulfillment of a commitment he made at the start of the year to identify and earmark some 510 additional acres of arable land for ginger and turmeric cultivation and production.

Speaking at the project's launch in St Mary, Clarke noted that ginger is among the fastest-growing spices globally, while the turmeric trade recorded increases over a two-year period.

Noting that Jamaica's ginger ranks among the best in the world, Clarke contended that this presents an opportunity for expanded local production of the spice in order to capitalise on the increasing demand.

The minister advised that the national short-term production target of 21,000 tonnes of fresh ginger requires approximately 3,000 cultivated acres at an improved yield target of seven tonnes per acre.

Despite these, the minister said turmeric trade is increasing and is predicted to remain on that trajectory over the short to medium term.

He pointed out that CARICOM trade in turmeric averaged some 500 tonnes in imports, valued at approximately US$1.07 million (J$91 million) annually. He said, however, that, despite the regional and global demand, only a mere 75 tonnes are harvested and processed from the wild in Jamaica.