Junior Tucker returns to Fun In The Son 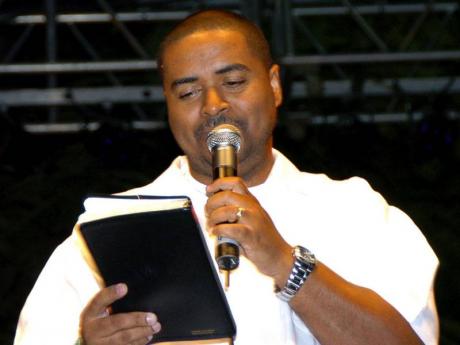 Junior Tucker ministers to the crowd at his last Fun In The Son concert performance at Hope Gardens in 2006. - File

After years of absence, Junior Tucker will be returning to the stage of Best Dressed Fun in the Son Gospel Festival on July 14 at National Heroes Park.

"I am really looking forward to performing in Jamaica again, because although I did the launch of my Man of God album there in 2010, Best Dressed Fun in the Son will give me the opportunity to minister to thousands of my fellow Jamaicans from that stage. I am a worshipper ... so I am coming to lead the crowd in worship," he said in an online interview from his residence in Florida.

Tucker said his absence from the Jamaican stage has been prolonged because of a busy travel schedule and his responsibilities as head of the JT Ministries and studies.

"I felt my leaving Jamaica was for ministry growth and in preparation for personal destiny."

In fact, during the time he has been living in the United States, there have been some major changes in his personal and spiritual life.

"I have increased my family with the arrival of a son, Judah, making this my fifth child - four girls and one boy. Also, I lost my mother and a daughter one week apart in December last year, and I am still trying to deal with the loss, while seeking the answers from God through prayer," Tucker noted.

"I don't regret leaving Jamaica. In fact, it was a good move for me, as I feel I am being prepared for something big in the future that involves Jamaica," the gospel artiste continued.

As Tucker has grown spiritually, so has his ministry.

"Jamaicans will see a different Junior Tucker onstage this time around, as I am more broken than ever before and the anointing will come through," he noted.

Junior Tucker began singing at age five. In two years he became a household name in Jamaica. At 12, he was signed to Island Records which produced the hit song One of the Poorest People, and two years later he landed a recording contract with Geffen Records USA, which turned out Mr Telephone Man. Then at 23 he signed to Virgin Records UK, which produced hits like Don't Test and 16.

In 1996, the death of his father and the birth of his first child had him reviewing his life and searching for truth through various religions. One year later, he cried out to God in fear following sleepless nights caused by nightmares. According to him, God heard his prayer and gave him peace.

Junior Tucker publicly confessed his Christian faith in October, 1997 at a gospel concert in Kingston and was soon baptised. Since then he has not returned to performing secular music.

Junior Tucker will join an impressive line-up of gospel artistes onstage at Best Dressed Fun in the Son, including Papa San, Goddy Goddy, Carlene Davis, DJ Nicholas, as well as Evangelist Andrew Palau, who will minister the Word.