Herbert Morrison to get a top GSAT student 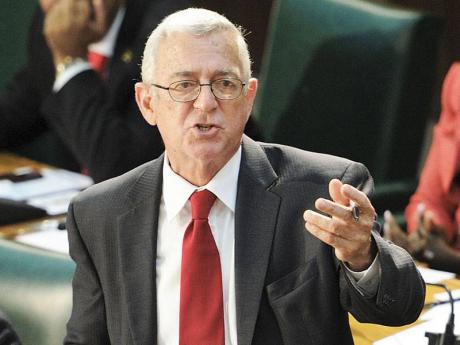 HERBERT MORRISON Technical will this year receive one of the top performing students in the Grade Six Achievement Test (GSAT).

The name or gender of the student has not been released, but Minister of Education Ronald Thwaites yesterday said the child selected the technical institution as one of his preferred choices.

"I was so happy to see, I won't point to it, but there is one school in western Jamaica, there is a certain person in the JTA (Jamaica Teachers' Association) who will be very happy, which has been chosen by one of the brightest outcomes of GSAT as their first choice and that is wonderful," Thwaites said.

The Gleaner has been reliably informed that the school to which Thwaites referred is Herbert Morrison, which is situated in Montego Bay, St James. Its principal, Paul Adams, is currently president of the JTA.

Yesterday, Frederick Haughton, the acting principal at Herbert Morrison, told The Gleaner he would await the announcement of the scholarship winners before speaking on the issue.

Haughton, nonetheless, said his school was attractive to many students because of the manner in which education is delivered by the institution.

"We have taken technical to a different level. There was once a time when people said people who cannot read and write go to technical schools to learn a skill. Here, we don't deal with that. You have to be technical at mathematics and English," Haughton told The Gleaner.

The acting principal said of his school: "Everybody must leave here qualified and competent."