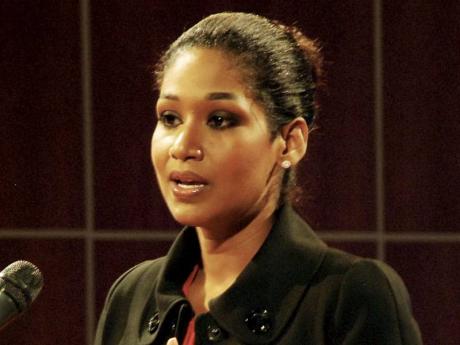 Our Jamaica 50th celebrations should never be politicised and the newest controversy surrounding the 'new' Jamaica 50 theme song drives this point home resoundingly.

The scrapping of the secretariat, changing of the theme, revamping of the marketing and revenue-generation systems seem to go way beyond a simple change in policy direction by the current administration and suggest a deep-seated political tribalism that has plagued our nation since the mid-1970s.

One hoped that a young, bright politician such as Lisa Hanna would have lifted her office above the unfortunate and regrettable divisive style of politics practised by her predecessors (and a few of her colleagues), and instead promote inclusion, unity and progressive thinking.

I think it is widely viewed that the land of The Wailers, Sly and Robbie, Sir Coxson Dodd and The Skatalites, seen as one of the cultural capitals of the world, could have furnished a much better effort than we have heard. This is what happens when, instead of bringing all together in unity, personal and political interests take precedence.

The song is quite inappropriate and, in my opinion, not reflective of our 50 years of Jamaica's Independence. We have captivated and inspired the world with our music, and instead of trumpeting this in our celebration song we have chosen to use a techno beat to celebrate this milestone in our history.

The Festival Song Competition had a system that would work well today. Time is limited but a competition could be opened where persons submit their entries. These would be vetted by the Jamaica 50 secretariat and the shortlisted songs voted on via text messages and phone calls with the winner announced at the grand gala.

This would eliminate any partisan sentiment.

Minister Hanna, don't be the person responsible for the failure of Jamaica 50. The country can't afford it and I doubt your political career could survive it.