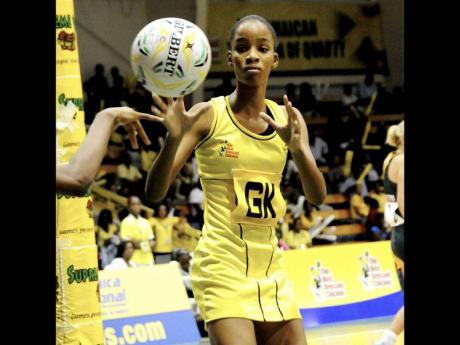 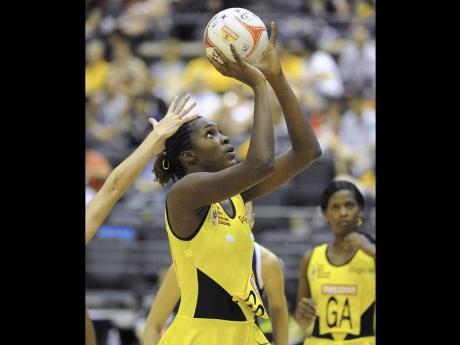 Commanding performances by the Sunshine Girls duo of Jhaniele Fowler and Shameira Sterling in the recently concluded Jamaica Netball Association/Supreme Ventures three-Test series against South Africa have netted them scholarships at the University of Technology (UTech) to study in any field of their choice, as long as they meet the qualification requirements.

Professor Errol Morrison was impressed by the players when he visited the National Indoors Sports Centre to view the second match of the series on Sunday, prompting him to extend full scholarships to both players.

"What we have offered are full tuition scholarships, which will cover the cost of whichever programme they will be able to enter into," Professor Morrison said while speaking at a luncheon held at the institution's Faculty of Science and Sport yesterday to announce the scholarships and treat the South African team before they departed the island.

"We will be getting from them their pair of matriculation credentials and see what area they will be interested in, but whatever they decide to study, the scholarship is to cover the tuition fee for the duration of the programme," he added.

The 22-year-old Fowler is currently Jamaica's ace shooter and was by far the most outstanding player in the series. Fowler, along with Sterling, plays in the country's top netball league for Walgrovians A. Sixteen-year-old Sterling, who played in the goalkeeper position during the series, attends Anchovy High.

"We thought they were outstanding and UTech is positioning itself as the leading sports university in the region and Central America. We intend to have the very best," Morrison expressed. "I think we have not been well represented in the area of netball among our student athletes, so this will certainly improve that cadre," he added.

President of the Jamaica Netball Association, Marva Bernard, is pleased with the opportunity local universities have afforded the country's netballers, so they no longer need to go abroad.

"We haven't been losing our players in recent years, because all universities - in particular G.C. Foster, UTech and UWI - have been offering scholarships to the netball players and this has broken the cycle of players going overseas to study," Bernard shared. "It is just wonderful that Professor (Errol Morrison) came and saw Shameira (Sterling), who is at Anchovy High, and Jhaniele (Fowler), who is just 23, and offered them scholarships to UTech," she added.

Bernard is looking forward to the players making the most of the opportunity that has been presented to them.

"To think this player from Anchovy High has got a scholarship just by Professor Morrison looking at the effort that she put out on court is a tremendous achievement, and surely a break for her parents who probably wouldn't be able to afford to send her to university," Bernard reasoned. "Jhaniele Fowler is over the moon about this, because she is already looking to the days when she can't play netball anymore, so she is in the right place to secure a future for her and her family through her skills as the goal shooter for Jamaica."