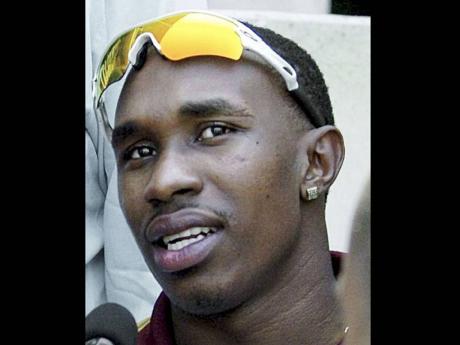 Vice-captain Dwayne Bravo says West Indies' sole objective will be avoiding a clean sweep after the Caribbean side conceded the three-match one-day international (ODI) series with a second straight defeat on Tuesday.

West Indies produced a limp display to go down by eight wickets at the Oval and it came on the heels of their crushing 114-run loss in the opening ODI at Southamp-ton last Saturday.

With the final game set for tomorrow at Headingley, Bravo said it was important the Windies came away with a win in that encounter.

"I wasn't here for the Test series, but obviously I am here now and to lose the ODI series, I am very disappointed. We have a very good team and I think we should have given a better showing of ourselves," said the experienced all-rounder.

"The New Zealand series (starting later this month), we will feel comfortable going into it, but we have another game here to finish and a Twenty20.

"So that will be our focus and our aim, to try and win the last game and try and avoid a three-nil. I think that should be our aim at this moment."

Bravo top-scored with 77 as West Indies, sent in by England, reached 238 for nine from their 50 overs.

He shared an even hundred for the fifth wicket with Kieron Pollard (41) after the Windies slipped to 79 for four in the 21st over.

Opener Chris Gayle had earlier smashed a shot-filled 53 from 51 balls, counting three fours and five sixes, to give the innings a rollicking start.

Once the left-hander was out, in controversial circumstances, West Indies lost four quick wickets for 16 runs.

"The decision did not help also. Chris got off to a very good start and it was unfortunate the way he got out; it actually put us on the back foot. Had the decision gone a different way, it might have been a

"We lost our way in the middle and I think Pollard and myself kind of fought our way back with a hundred partnership before we lost the fifth wicket. Then we were not in a position to have the firepower to finish off the innings."