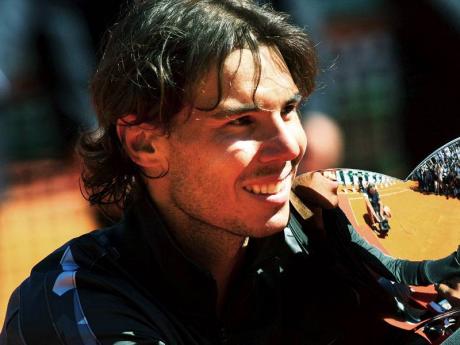 Rafael Nadal will carry the flag for the Spanish Olympic team at the London Games.

The 11-time Grand Slam champion was chosen yesterday by the Spanish Olympic Committee to lead the team at the opening ceremony on July 27.

"For me, the chance to carry the flag representing all the Spanish athletes in London is a true honour," Nadal said in a statement. "I think carrying the flag will be one of the most moving moments of my entire career.

"I can only say thanks and wish my fellow athletes the best of luck."

Nadal will defend his gold medal in singles from the 2008 Beijing Games and participate in doubles with Marcel Granollers.

This will be his third Olympics.

The Mallorca native is a national figure in Spain and has won a record seven French Opens.

Last week, Russia's sports minister said French Open champion Maria Sharapova was among the contenders to carry the Russian Olympic team flag at the London Games. Djokovic was also in line to lead Serbia's team in the opening ceremony.