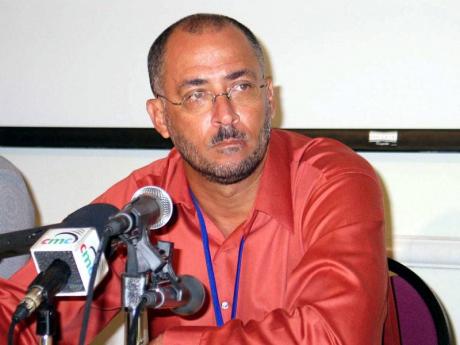 Caribbean Tourism Organization Chairman Ricky Skerritt has been defending the recent decision by at least two regional governments to introduce new taxes in the tourism sector, even as the region criticises Britain's increased aviation tax, Air Passenger Duty (APD), which tourism officials say is affecting visitor arrivals to the Caribbean.

Earlier this month, the Jamaica Government announced that effective August 1 this year, each arriving passenger whose trip originated abroad will be required to pay a US$20 fee. Additionally, effective September 1, the Government will also introduce an accommodation tax for each occupied hotel room of US$1 per night for properties with less than 51 rooms, US$2 for hotels with 51-100 rooms, while guests at properties with more than 100 rooms will be required to pay a levy US$4 per night.

Meanwhile, the Baldwin Spencer administration in Antigua recently passed the Airport Administration Charge Act 2012, under which the country's overall airport taxes have been increased from US$63.75 to US$93.75, and will be added to passengers' airfare.

The hike in Antigua's airport taxes has been strongly criticised by the International Air Transport Association which stated that the levy exceeded the regional average, and another major increase in regional travel costs will damage the ability of airlines serving Antigua and Barbuda to operate profitably.

The new taxes are being introduced even as Caribbean governments protest Britain's increase in Air Passenger Duty, claiming it is negatively affecting the region's tourism arrivals.

But Mr Skerritt, who is also tourism minister of St Kitts and Nevis, said the levies in Jamaica and Antigua and Barbuda should not be compared to the APD.

"The APD is a tax that has gone too far. There is no tax in the Caribbean on airlift that comes anywhere close to having the impact the APD has," Skerritt said.

Skerritt argued that the APD is "an outright tax that raises £2.8 billion (US$4.3 billion) for the British treasury, to pay debt and put people in school … and other necessary social services in Britain."

He explained that the banding system was the most unfair aspect of the increased APD, as travellers from the UK to the Caribbean are paying higher than travellers to the US, despite the shorter distance.

"Those are the issues we have placed before the British government. The inequity of the tax has been out biggest fight," Skerritt said.

He maintains, however, that while their lobbying efforts appear to be falling on deaf ears in the UK, regional tourism stakeholders will not give up their fight against the increased APD.