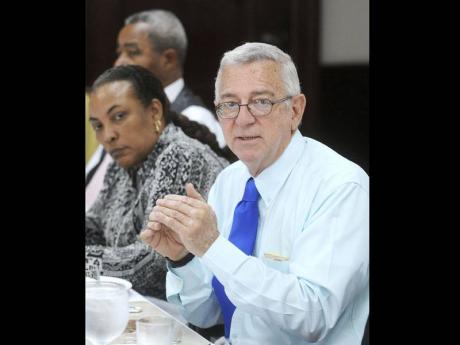 Education Minister Ronald Thwaites has expressed concern at what he characterises as the "social chasm" that manifests itself at some high-end educational institutions attended by the bulk of students from affluent families.

Thwaites yesterday openly lamented the dilemmas faced by students from inner-city communities who have gained places at schools such as Campion College and Immaculate Conception High School.

"We going to have to make sure that the social chasm between Goodwin Park and Campion College is bridged," he declared. "So many of our children from the inner city who do very well and go there experience hopeless social problems."

Thwaites said these are students who are unable to afford the cost of social functions or are unable to travel on vacations overseas, eat expensive lunches and wear high-priced, name brand outfits.

"We have to be so careful of these realities as Jamaica is a highly divided country," he declared.

"Education and language very often divide as race once did."

After school placements and Grade Six Achievement Test (GSAT) results were released on Wednesday, Sts Peter and Paul Prep principal Karen Siyanbola, as well as officials from other schools, hinted at a similar sentiment about the clash of cultures.

"I know the ministry is trying and they will say all our schools are viable but we have to be realistic," she had said. "The concern for parents is not so much the academic standard of the school but the social fabric."

Siyanbola was reacting to news that some of her students were being sent to schools such as Tarrant High and Kingston Technical, which she noted were all outside of their geographical area.

Thwaites also noted he was concerned about the reactions of some parents such as one who was angry about her child being placed at a reputable traditional high schools, although her preferred choice of schools was Immaculate.

The mother, he noted, complained bitterly about the injustice in the system after her child was placed at St Andrew High School in the Corporate Area.

Both Thwaites and the permanent secretary in the education ministry, Grace McLean, have repeatedly stated that the 2012 GSAT results were higher than last year, rendering the placement system much more competitive.

Thwaites also warned that many dissatisfied parents who plan to seek transfers to the schools of their choice would be unsuccessful due to space constraints.

"These attempts will not be very fruitful because schools can only take a certain number of students. Unless others do not take up their places, or if they have a very small percentage for their discretion, there simply isn't going to be the space."