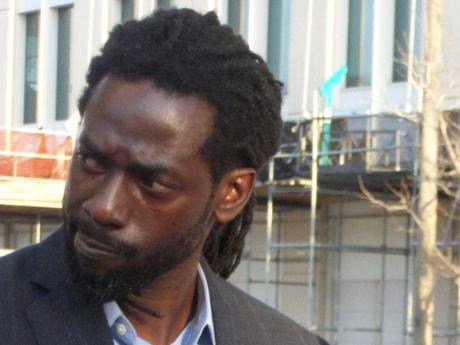 The appeal court left open the possibility that Buju, Mark Myrie, could be granted a new trial but it also raised the prospect of his prison sentence being extended by a further five years.

"I'm sick to my stomach over this opinion. I truly believe that a good man is in jail for talking a big game," attorney-at-law David Oscar Markus told The Gleaner.

"I will continue to fight for him," said Markus, who has represented Buju since he was arrested in Miami in December 2009.

Markus noted that while the appeal court has sent the matter back to the lower court to decide if Buju should be retried, it has agreed with the prosecution that he should have been given prison time for the presence of a firearm during the drug deal.

The conviction carried a 15-year prison sentence but the judge in the court in Florida, James Moody, threw out the gun conviction, lowering Buju's sentence to 10 years.

Judges side with prosecutors

Yesterday, the prospect of a longer prison time loomed as three judges in the United States Court of Appeals for the Eleventh Circuit sided with prosecutors who had appealed Moody's decision to throw out the firearm conviction.

"Given Myrie's familiarity with the drug trade, the jury could have reasonably concluded that the carrying or using of a gun by a co-conspirator was a reasonably foreseeable action ... ," the appeal court said in its ruling.

In appealing his conviction, Buju had argued that the US government did not establish that he was part of a drug conspiracy but the appeal court judges concluded that the "evidence on record supports Myrie's conviction".

"Myrie demonstrated familiarity with the drug trade, and his behaviour during the instant offence was consistent with his described role of an investor who stays on the outside," the judges said.

The Appeal Court also rejected Buju's claim that his conviction should be dismissed on the basis that he was entrapped by state-paid informer Alexander Johnson.

"Johnson only engaged Myrie on the topic of the cocaine after Myrie indicated his familiarity with drug dealing, and Myrie asked Johnson if he could purchase cocaine for him ... ," the judges said in their ruling

Buju's argument that he should be set free because he did not get a speedy trial was also rejected by the judges who said any delay was understandable and did not prejudice his defence.

The Appeal Court judges noted that after the jury returned the guilty verdict against Buju in the district court, his lawyers had filed a motion for judgment of acquittal or for a new trial.

At that time, the sitting judge granted an acquittal on the gun charge but did not rule on the motion for a new trial.