All hands on deck - Parents, teachers join forces to save school 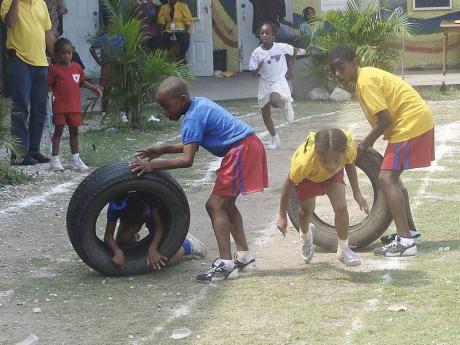 Students compete in races at a recent sports day at St John The Baptist Kinder Prep. 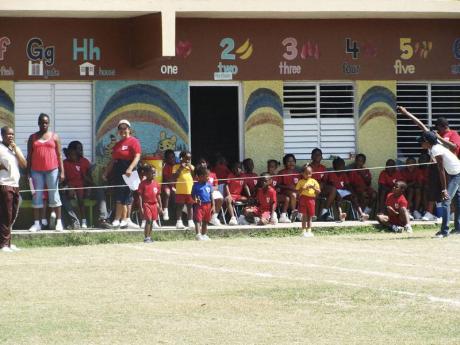 When news broke that a few private schools were facing closure, St John The Baptist Kinder Prep was among them.

At a meeting on the second day of the term, parents were informed the nearly 30-year-old school would not reopen after the end of this term. But the parents would have none of it.

"Essentially from the meeting, the overall impression was that the parents thought the school was viable and that if given an opportunity, then parents could get more involved to get the school back on its feet," said Dr Jacquiline McKenzie, a member of the parent-teacher association (PTA). So they devised a plan to keep the school running. They not only willingly offered to pay an increase in school fees, but they also got involved in trying to boost enrolment.

"We thought that was a major factor that had caused this problem. I wouldn't say the numbers (pupils) were low, but it had fallen," she said.

McKenzie said enrolment had fallen to a level where the income wasn't meeting the expenses.

"But we didn't think that there was such a huge gap that we wouldn't have been able to close it in the short term with fund-raising and some other commitments from parents," said McKenzie.

"We were not being closed for outstanding fees," stressed Ava Blake, vice-president of the PTA. "We never had a problem with outstanding fees. We closed each term with all fees being paid."

The annual barbecue was in danger of not happening. But through the hard work of the PTA, who got involved with the teaching body, they got the word out that the event was on in earnest.

"Within a week, we were able to muster ourselves and re-energise in order to have a successful barbecue so that we could make a significant contribution to keep the school open," said McKenzie. Boosting enrolment was another issue.

"Apparently there were some rumours going around even before the announcement was made. The impact was tremendous because persons who were already enrolled were doubtful about what would happen in September," said Blake. Children in grade five were also nervous because they would sit GSAT next year. She said some parents tried to place their children in other schools but they were able to convince them to stay the course.

"This took a lot of phone calls, direct contact with the parents, both teachers and the parents made this effort. It was just constant dialogue to keep them updated and confident that come September, we would be open."

They said this drive is something that they are continuously working on.

"In addition to that, in order to get new students in, we printed flyers. Parents have been out at the stop lights giving flyers, and we have put up new signs. We have tried to improve the infrastructure so that parents can come in and see what is happening in the school," said McKenzie.

They have got the word out to feeder schools in the area too and have been putting ads in the newspaper.

"We're just trying to get the word out that the school is still here and it's viable." she said. Being a Catholic school, they requested a meeting with the archbishop to see if he would reverse his decision.

McKenzie said the impression they got from him was that he would not attempt such a move again.

"Just like how you would run a business, we went with that approach, put in our plans and all our objectives," said Blake. They felt the archdiocese body was pleased with their commitment

"(They saw) The fact that we were able to come together as a team. As parents, we are interested and we want to keep this thing going and we are willing to give our commitment not only in terms of what we're saying, but in terms of our labour and in terms of our money," said McKenzie.

"So I think that's what made a difference in St John The Baptist being able to reverse a decision and stay open. The parents got involved and said we are not asking for any handouts, we were willing to work at it and get it going," she continued.

As if to underline that the school produces results, Blake noted all 15 students were placed in traditional high schools after this year's Grade Six Achievement Test. But they are aware the challenges remain the same.

"The next school year is going to be challenging because we are going to have to move from a position of negative growth to positive growth within a year. It's a challenge we are working on, but we fully realise that we're not going to get where we want to get just over a summer holiday."

She admitted they would not be able to start the Christmas term with full enrolment but, having realised that, they know it's a continuous process.

"We figure that by the end of the next two terms, we should be showing positive growth," she said.

McKenzie noted that they have been getting commitments as well.