Stephen Vasciannie - Ready for the next challenge 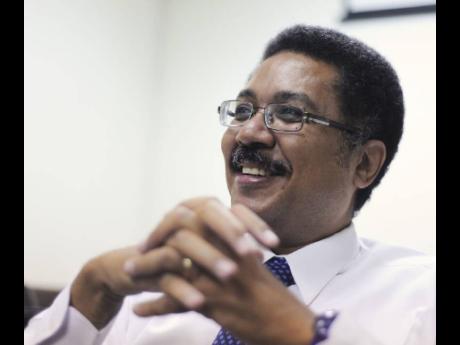 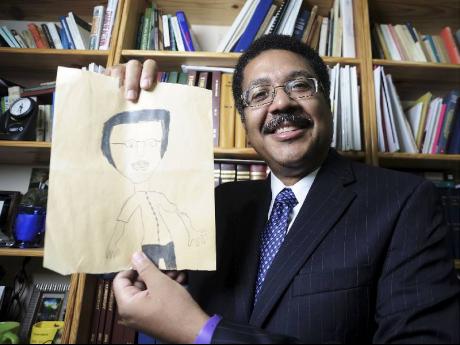 These are hectic times in the Vasciannie household, as the family of four prepares for a major transition. Professor Stephen Vasciannie was recently appointed Jamaica's new ambassador to the United States and he, his wife Lisa and sons Sean, nine, and Dominic, seven, will leave the island in less than a month to start a new life in Washington, DC.

Boxes are being packed, pictures are being taken off walls as the July 16 departure date inches closer. Everyone is busy and figuring out what to pack has not been an easy task. Vasciannie is a voracious reader and deciding which books to leave behind (he can't pack them all) is the first crisis he has had to confront.

"It hasn't been easy. I've been reflecting on it a lot," said Vasciannie, shaking his head as he sat back in a room inside the Norman Manley Law School in St Andrew. He has been principal there since 2008.

Two books he is certain will travel with him to Washington, though, are Eric Williams' Capitalism and Slavery, and George Orwell's classic, Animal Farm. He recently re-read the latter to his sons. The rest to make the cut will require serious contemplation.

Each member of the family will have to make these kinds of tough decisions as they prepare to leave. The boys, though, can hardly wait for the move.

"They're looking forward to it," said Vasciannie, chuckling.

"They're looking forward to the technology. They're hoping to be able to use tablets at school and, perhaps, not having to wear uniforms."

It's clear that his sons' feelings about the move were important in Vasciannie's decision to take on the job. The walls of his office at the law school have, over the years, been lined with drawings and paintings created by his two boys. Those walls are now almost bare, as Vasciannie packs his most prized possessions. He describes his family as his number-one priority and with them firmly on board, he's now eager to get to work.

"I like challenges," he said. "I've been working in the fields of international law and international relations for some time. I'm looking forward to representing my country in this way and finding the most efficient way of conveying Jamaica's message to the world. I'll be looking to maximise the potential of brand Jamaica."

Vasciannie will assume duties in an active year for Jamaica. The nation is celebrating the 50th anniversary of its Independence, and the Olympics are coming up. He is hoping that this will help make his transition easier.

"If things go as planned, then the eyes of the world will be on Jamaica. It will be up to us to secure the potential benefits of this," he said.

It's also an election year in the US, but Vasciannie said that even if there is a change of administration, it will be business as usual.

"Jamaica has good relations with the US and has worked well in the past with both democratic and republican administrations. There might be a change in policies, but a change of administration will not have any significant impact on the way I do my work."

Along with his most treasured books, Vasciannie will take with him some of his favourite Bob Marley, Stevie Wonder and Jimmy Cliff albums which he has collected over the years. These are far too precious to him to leave behind.

Other thoughts have run through his mind as he gets ready for the move. He loves watching football and cricket and wonders if he'll be able to stay up to date on the West Indies cricket team's progress (or lack thereof) while in Washington. And he knows he'll miss a lot of things about home, not least of which is the food.

The professor often buys patties on campus and will even drive to Liguanea to make the purchase, if the need arises.

He said the thing he will miss most when he leaves Jamaica though, is the interaction with students that he has, for years, enjoyed at the university. He said it will be hard for him to leave this aspect of his life behind, but he is encouraged by the fact that his new job will still require him to interact with Jamaicans, though in a different way.

It's clear that Vasciannie has a strong attachment to the law school. He admitted that when he goes to bed at night, his mind is occupied, not with thoughts of events to come in Washington, but with plans to ensure that business at the law school continues smoothly during this period of transition at the helm.

As principal of the school, Vasciannie has implemented a number of policies over the years that have found favour among students. A popular one, which was recently put in place, is keeping the library open 24 hours per day leading up to exams. This has proven a godsend for students studying at odd hours.

Vasciannie is proud of what he has been able to do as principal of the school. In fact, he says this rates highly among his most cherished professional accomplishments.

"I'm happy about changes made at the school. I believe it is more student-friendly now and we've helped develop a higher profile for the school, both locally and internationally."

The professor has a reputation among students as being a compassionate leader who will sit for hours listening to the emotional, financial and academic concerns of his pupils. He intends to approach his new job in the same way.

"It's one job at a time. Now my goal is to be successful as Jamaica's ambassador to the US," he said. "I get fulfilment from helping others. I hope that I will be remembered in this way."