GC Foster's pool to be back in service soon 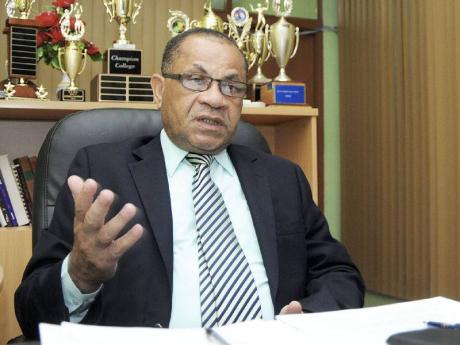 Work on the refurbishing of the swimming pool at the G.C. Foster College of Physical Education and Sport is set to commence within two months, according to principal of the 32-year-old all-sports institution, Edward Shakes.

Long out of commission, the remnants of the Olympic-sized swimming pool, which was once a feature at institution, will be restored and downsized to a 25m pool at a cost of $35 million.

"The proposal is to create a 25m pool, which is about the size of the pool at the University of Technology and that would cost us $35 million. We bear in mind as well that the major cost is maintaining the pool, as that is really expensive. That is what we are looking at right now," said Shakes.

Its return to the list of pools in operation locally is expected to be a major shot in the arm for the sport, and Shakes anticipates that the college will be in a better position to develop top-class coaching expertise and competitive swimmers in the country.

Engineering designs have already been drawn up, with plans also in place to erect spectator seating around the pool itself.

Shakes told The Gleaner that despite not having already secured the entire $35 million needed to complete the multi-phased project, the refurbishing exercise on the facility would commence shortly, with the expectation of support from the Sports Development Foundation (SDF).

"We expect to start the actual construction within a month or two. We have some money that we can actually make a start with, and we are confident that we will receive the additional support to do it," said Shakes.

Shakes underlined that the pool's refurbishing is absolutely crucial to the development of the sport locally, and will also have a positive impact at a community level.

"It is necessary for the growth of swimming; we have a big problem in the sport in Jamaica with training swimming coaches, and we are a nation that is not swimming," said Shakes. "It is critical towards the development of swimming coaches in the country. We have worked with the swimming association and they are part of the programme here as well.

"We will also be offering the Swim Jamaica programme which encourages more swimming, and it will provide an opportunity for people in the community to come in and swim; over 80 per cent of Jamaicans cannot swim," Shakes added.

G.C. Foster College was opened in September 1980 as a gift from the Government of Cuba and is the premier sport education facility in the region.