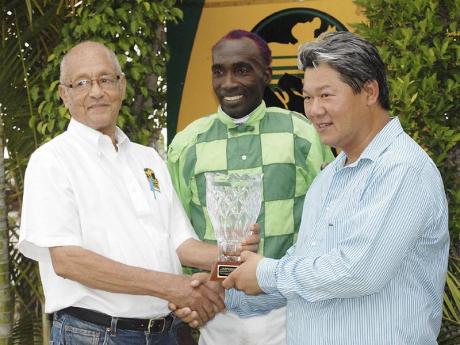 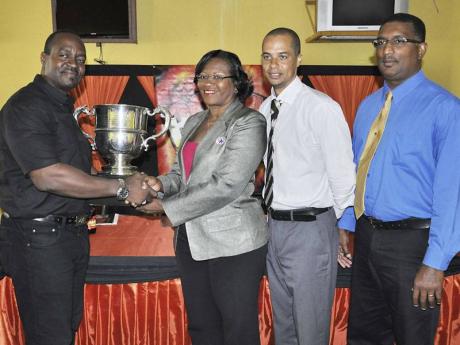 Caymanas Track Limited (CTL) will pay tribute to the champions of the past year tomorrow with the return of 'Salute to Racing' during the nine-race card.

The first set of presentations will be made inside the winners' enclosure after the third race at 2:25 p.m. and the second set at 4:20 p.m.

Meanwhile, the Pick-9 starts anew with the minimum guaranteed payout of $1 million. It will embrace all nine races on the card, while the first Super-6 will be conducted from race two to seven, the overlapping Super-6 from race four to nine.

We look at the first Super-6 which gets under way with a 1300-metre race (high claiming) to be contested by nine starters, including the hot ante-post favourite THE GUARDIAN under four-time champion jockey Omar Walker.

Based on his close second to MR SKILL in the Labour Day Trophy over 1200 metres on May 23, THE GUARDIAN represents a banker with 54.0kg, despite the presence of BURNING CIELO, who indicated a return to form with an easy victory over 1100 metres last Saturday.

Next on the programme is the 4-y-o and up restricted allowance race (non-winners of three other than) for the Valbert Marlowe Memorial Cup over 1800 metres in which seven have been declared.

This race should come down to a straight fight between last year's Derby winner TECHNOMOTO and the St Leger runner-up COLD GROUND to be ridden by champion jockey Dick Cardenas and leading rider Dane Nelson, respectively.

Since winning the Derby by a wide margin in June of last year, TECHNOMOTO has failed in seven attempts to win another race. However, this represents his easiest task since, and having moved impressively at exercise in preparation for this race, the front-running son of Western Classic should stave off old rival COLD GROUND, who had him behind in last year's St Leger.

One of the more open races on the card is the fourth to be contested by 14 starters from the $250,000-$210,000 claiming spread over 1300 metres. With horses such as recent winner THE PRIMEMERLINIAN, PRINCE OF ARABIA, MUCHO GUSTO, SOCA PARTY, TIME OF STORM, UNCLE KEN and CHECKITOUT having good claims, I would implore punters to approach this race with caution.

THE PRIMEMERLINIAN (André Martin up) has won three of his last five races and finished second in the other two for good measure. He will love the distance and could have the beating of this class, despite topweight of 57.0kg.

STERLING GOLD, who showed improved form in the visor when finishing a close second to RUNAWAY QUEEN over 1400 metres on June 9, should again account for old rivals AZARIO and BORN BLESSED in the fifth race over 2000 metres for maiden three-year-olds. The grey gelding will relish the additional real estate and gets the nod over Wayne DaCosta's IMPERIAL FORTUNE.

GALACTUS, who was a late non-starter a week ago (not eligible), looks a five-star banker in the sixth race over 1200 metres for maiden four-year-olds and up. The DaCosta-trained 4-y-o gelding has secured a perfect draw on the outside at post position 16, and having worked well should prove too strong for REGIONAL LEADER and FRISSON.

In the knotty-looking seventh race (non-winners of two) over the straight-five course, GRANDE MARQUE, who has secured a favourable high-number draw, gets the nod over ALIAS SIR CAT and SHE CAN PREACH in a maximum field of 16.