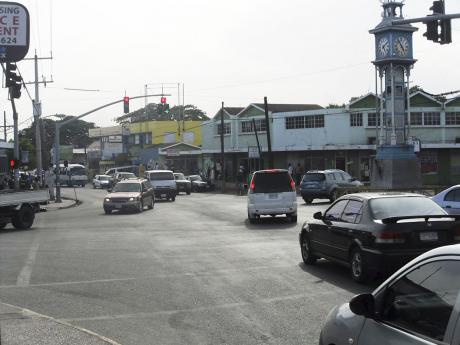 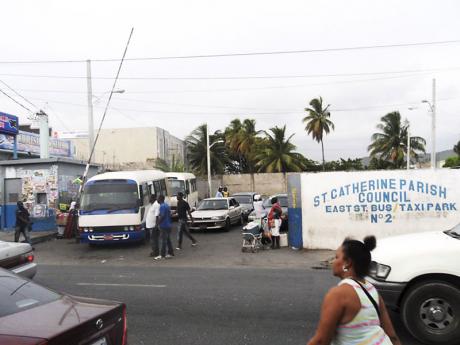 OLD HARBOUR, St Catherine:WHEN THE traffic signals were commissioned into service in the town of Old Harbour, St Catherine, on January 7, 2010, the police were happy that their job would be made a little easier as they would not be required to direct traffic as much. Besides, the lights, intended to ease traffic congestion, were also expected to help pedestrians who were having difficulties crossing the road, or were doing so improperly. However, as it turns out, some pedestrians are now contributing to the congestion.

"Pedestrians don't use the designated areas to cross the road; they cross anywhere, so you find that vehicles have to be stopping constantly," Corporal Nigel Mullings of the Mobile Traffic Unit, Old Harbour Police Station, told The Gleaner.

"They just step out into the road, especially like on weekends - Fridays, Saturdays. Those days are market days, so they come down in the town in numbers that contribute to congestion in the town," he added.

The problem, he said, is further compounded by vendors who refuse to peddle their wares in the market, using the sidewalk instead to display their goods.

"You find that motorists passing, from they see something nearby that they can reach, they stop in the traffic to get stuff to buy, and you find that when the vendors take up the sidewalk, then pedestrians will have to walk in the road," he explained.

Mullings indicated, however, that enforcement has been helping to minimise this practice.

"We try our best to enforce the law where it is applicable. The vendors have been spoken to on several occasions, and some of them refuse to obey, and some have been prosecuted because to get the job done and be effective, the majority of the times, you have to prosecute and seize their wares. So we, along with the ISCF (Island Special Constabulary Force), have been out there. They are enforcing the anti-vending regulation, and it has been working," explained Mullings.

Prior to the commissioning of the traffic signals, two transportation centres were constructed as part of the efforts to alleviate traffic congestion in the developing town.

On August 10, 2009, the $8 million centre on Darlington Drive was officially opened to accommodate taxi operators and commuters travelling to communities such as Longsville in Clarendon and Bartons and Browns Hall in St Catherine.

But at the June 2011 sitting of the St Catherine Parish Council, Esworth Frankson, councillor for the Old Harbour Central division, told the meeting that the council was at that time losing thousands of dollars as a result of defiant taxi operators, who failed to use the designated parks.

"I don't have a problem using the centre, but sometimes when you are in the middle of the line and your vehicle load before the ones at the front, sometime they don't want let you out," a taxi operator, who plies the Old Harbour- Spanish Town route, told The Gleaner.

Mullings contended that this isn't necessarily the case.

"We see it as a quick catch because when they go inside the park, they have to wait on the passengers, so they want to go out and meet the passengers on the road, and that creates a problem for us."

Yet, he said, the police have implemented several strategies, which he hopes will minimise the congestion and encourage compliance.

"We have to do our part of the work to keep them in their designated areas. We have put strategies in place along with the ISCF, and we are seeing where we are getting good results, and I hope it will continue," said Mullings.