'President' - king of the road 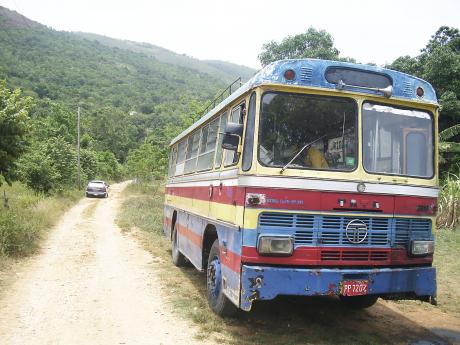 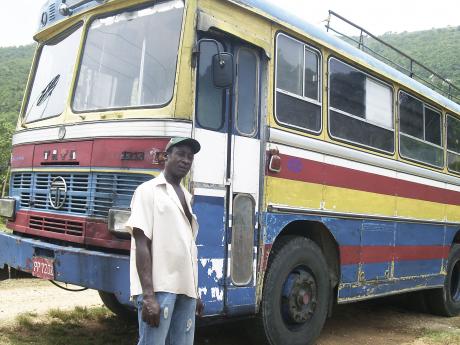 KNOXWOOD, St Elizabeth:THE GLEANER first spotted 'President' on the Newmarket road on one of its daily trips from Knoxwood to Montego Bay. 'President' is the name that is given to a 23-year-old Tata bus that was made in India with a four-level Leyland engine, six-speed gearbox, air brakes, cargo type-back end, and is diesel-oil operated.

When it was first seen, this mobile relic was reminiscent of a stereotypical market image, where the heavily laden market bus passes by the pedestrians, leaving them in a cloud of dust.

Herbert Clive Forbes, otherwise known as 'Clive', caretaker and driver, explained that he is currently the caretaker of 'President' through an arrangement with the owner, who is a childhood friend.

He also said 'President' had been through several name changes and most persons may remember it as 'Sunjet', which plied the St Elizabeth to Montego Bay route in its heyday. Forbes said, to his knowledge, 'President' was one of the few remaining older market buses.

In describing his itinerary, Forbes said the bus leaves St Elizabeth at 5:30 a.m. on Mondays, Wednesdays, Fridays, and Saturdays, and at 4 p.m. on his return trips. "We used to go from Monday to Saturday, but it's not like first time. The older set a people who used to travel to market in those times, some died, some can't go again. The younger set now nuh worry wid market more than so."

Forbes, who has obviously cornered a niche market, said his customer base is diverse as he caters to vendors from communities such as Burnt Savannah, Orange Grove, Knoxwood, Mountainside, and Newmarket.

Vikki Psalms, who has been travelling on the bus for more than 20 years, said she remembers the bus at the height of its operations.

"From mi a travel wid him, it neva lef wi a road yet." Psalms said. "If Tata stop run, wi haffi stop go a market cause the other likkle bus nah carry dem deh basket. So a only it wi have fi depend on."

Forbes, who also refers to the bus as "mi likkle donkey", is very proud of its carrying capacity. He insists that it is more suitable than the newer-type buses, which, he said, "create more problems cause dem weak."

"Sometimes you have the whole carriage full of loaded baskets and can go up to 40 baskets, depending on the amount of goods that the people are carrying," said Forbes. He explained that at times, one basket might weigh 200 pounds, none of which can ever be placed on top of a Coaster bus.

A seasoned driver and mechanic, 54-year-old Forbes said he has been driving since he was 15. He grew up around cars and taught himself to drive by copying the actions of his father, who was a mechanic, and other mechanics.

Very big on safety, Forbes said regular maintenance is what helps to keep the bus roadworthy. As a result, he said he ensures that a bi-weekly mechanical check is done. Forbes said he loves to drive the bus and has forgone offers to drive other vehicles as he does not want to be in the rat race. Forbes told The Gleaner that he intends to drive 'President' until it can no longer be driven.