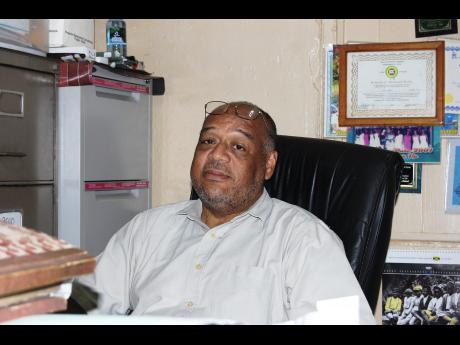 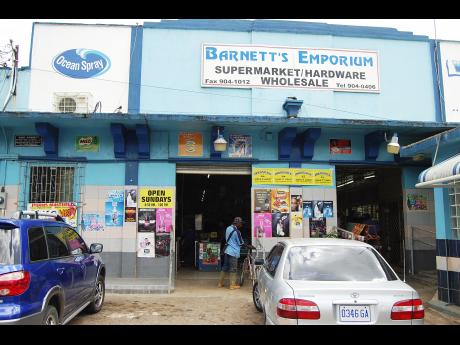 PORUS, Manchester:THE BARNETT family has been doing business in Porus since 1957. They have seen the town through its 'glory days' to its present time when in the opinion of many, Porus is in dire need of economic upliftment.

The Gleaner caught up with Dave Barnett, who, along with his sibling, Edgar Barnett Jr, and his wife, Karlene, are the current stakeholders of the family's business in Porus.

"My father, Edgar Barnett, was from St Elizabeth and my mother Loweny from Clarendon," Barnett disclosed. "My grandparents used to do farming and sell in the Porus Market. That was how my father met my mother, and they got married and settled in Porus," he added.

"Based on the wants and needs of the town, he (daddy) saw where he could get the opportunity to do some business, and he started off with a haberdashery, which he called Barnett's Emporium," Barnett explained.

The Barnetts later acquired a second building, which was once a drink factory located across the road from the haberdashery.

At present, they run a supermarket and hardware (Barnett's Emporium) from the second building and continue to operate the haberdashery, which also houses a remittance service, bill collection, and a Supreme Ventures gaming agency from the original building.

Reflecting on the early days of Porus, Barnett said: "It was a vibrant village, it wasn't yet a town. It had a vibrant banana industry. There were some immigrants from England who used to operate a banana estate. Places like Coffee Grove, Blue Mount, and Mount Pleasant used to supply to the industry," he said.

The railway service also contributed immensely to the economy of Porus. Barnett explained: "A large amount of export was done from a large depot at the railway station. They exported bananas and other fruits and vegetables that Porus and surrounding areas produced. It was also used as a means of transporting goods from Kingston for business people."

There was also a vibrant citrus industry operating in Porus, which also injected some revenue into the town. The reclaimed land that had been mined by the bauxite company (Alcan) was transformed into orange orchards, which were supplied to the Jamaica Citrus Company's processing plant in Bog Walk, St Catherine, transported by the railway.

"The railway provided excursions in the 1960s going into the 1980s. When the train stopped in Porus, people walked into the town. They bought fruits, vegetables, cooked meals. That gave Porus a lot of business."

The closure of the Jamaica Railway Company in October 1992 affected the economic climate of Porus in a big way.

"There were no more excursions, haulage of goods, export of bananas - three major income earners," Barnett said. "The citrus industry also declined. It became not profitable because of imports of juice pulp from Florida. It was now more expensive to truck the oranges to Bog Walk, so Jamaica Citrus made their own orchards in their area. All of this caused the loss of jobs at various levels. A lot of business people went away with all this happening."

The recent closure of the nearby Windalco Kirkvine plant has also resulted in a scaling down of business in Porus.

Although there have been some new developments in the town, it has not been as significant compared to other areas in the parish.

"The town is at a standstill, considering that Porus was bigger in size than places such as Spalding and Christiana, they have grown far bigger than us," Barnett said.

"With no factories, there is not much job opportunities for the youths, but I believe Porus has great potential, so we hope for a change in the near future."