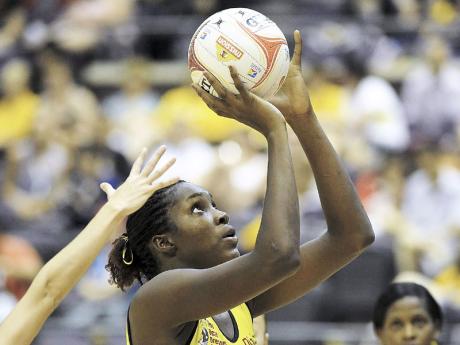 Jamaica's ace netball shooter, Jhaniele Fowler, is set to opt to further her studies over going abroad to play professionally, after being offered a full scholarship by the University of Technology.

The 22-year-old last year signed a one-year contract with Australian Netball team Adelaide Thunderbirds, but was unable to take up the offer, as the club at the time could not accommodate another international in their squad.

Fowler is expecting the Thunderbirds, along with other teams, to table bids this year, but is keen on securing a future after netball.

"The contract expired this year, so I am not with the Thunderbirds or any other team, but next year I expect to get many more offers along with the Thunderbirds, so it is going to be up to me to decide," Fowler shared with The Gleaner. "However, where the scholarship is concerned, I am going to take the scholarship, because anything can happen, I can get injured and cannot play professionally," she added.

The former St James High School student is hoping to take up the scholarship in September and intends to study in the field of business.

"I am extremely happy, because tuition fees are very expensive nowadays, so getting a full scholarship is really great for me," Fowler expressed. "I would love to start September, but we have some more stuff to discuss, once everything is finalised," she added.

Despite being so young, Fowler has been playing the sport for 11 years, having started in primary school.

"My height was something that drew me to netball, and my primary school teacher at Farm Primary and Junior High started training me from I was 11," Fowler revealed. "I got to love it and just couldn't stop playing netball, and from then there's not one year I can remember not playing netball," she added.

Fowler has developed into an important member of the Sunshine Girls team, so much so that after injury forced her to leave the court in the final match of the Jamaica Netball Association/Supreme Ventures three-Test series against South Africa, the team went on to suffer its first defeat in the series.

"It's not a burden; I just think it is my duty to stand up for my country even if it's me alone and the other six players that are on the court," Fowler said, while pointing out that the injury is not too serious.

"Luckily, it is not as bad as it felt. I am on medication now and I am going to do some physiotherapy. A nerve in my back seems to be bit damaged, but it's not serious."