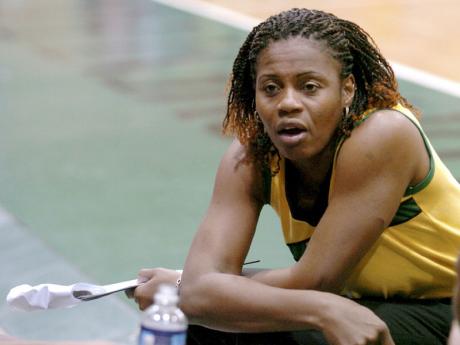 The world's number four-ranked Sunshine Girls were aiming to whitewash the South Africans but came up short in their final match when they were beaten 56-49 by their opponents at the National Indoor Sports Centre on Tuesday.

The Jamaicans had triumphed 63-48 and 61-46 in the first and second games, respectively.

"There are mixed feelings, we had wanted the win and I thought that we still could have got it," said Pitterson-Nattie after the final game.

"I thought that we didn't take care of the ball and we allowed South Africa to push us around in the attacking area," she said.

Pitterson-Nattie who assembled a young and inexperienced team, including four members of the national Under-21 team for the series, noted that the players were grateful for the exposure and experience gained during the three Tests.

"I have to be thankful for their performance because I think they did well ...," said Pitterson-Nattie. "I thought that the occasion did get the better of them at times but this is something that we can work on," she added. "I am glad for this type of competition because we do need this to see where they go next."

However, Pitterson-Nattie also expressed concerns over her team's defensive unit, which was outplayed by the South African attackers throughout their three-Test series.

Goal shooter Jhaniele Fowler was the star for Jamaica during the series as she outclassed the South African defenders with her aggressive shooting style and, in the process, scored a total of 146 goals from 162 attempts.

The Sunshine Girls will now turn their attention to next month's Caribbean Netball Championships which will be held in Trinidad and Tobago.