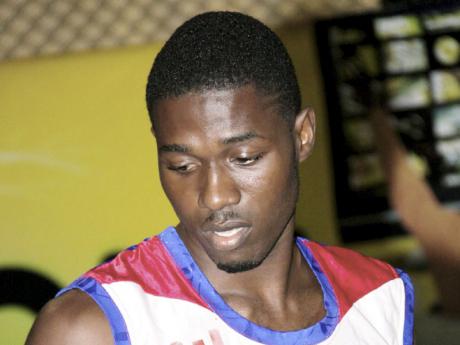 In the opening game of the double-header at 5 p.m., Portmore Mega Flames will battle Swallowfield All Stars. The Flames are third from bottom in the standings with four wins and six losses while Swallowfield, who are yet to record a victory from 11 matches, are at the bottom of the table.

The Legends and Rebels will enter today's encounter with identical records - nine wins and three losses. This is also expected to be an emotional match-up for the Rebels' shooting guard Kemar McLeish and members of the Legends' team.

McLeish, who spent eight years as a member of the Legends team and led them to the last year's finals, made the switch to the Rebels at the end of last season, after a disagreement with his teammates.

"It is going to be very emotional game for me," said McLeish. "I am also expecting a tough welcome from their fans because I have been getting that already from them, but I am very focused on getting the victory for my team," he said.

The Pete Matthews-coached Rebels are coming off an easy victory over Swift Sons last Thursday, and McLeish added that his team was confident of victory.

"I have played for them eight years and so I am expecting a tough game because they are good team and they never stop playing until the final whistle," McLeish said.

In addition to McLeish, the Rebels will be depending heavily on the likes of point guard Javon Bailey and shooting guard Omari Green.

On the other hand, Baldon Todd, captain of the Legends, said: "We are confident of victory because we have been playing well and our aim is make it into the Southern Conference finals, but in order for us to achieve this, we must win this game."