Boyz back from injury layoff 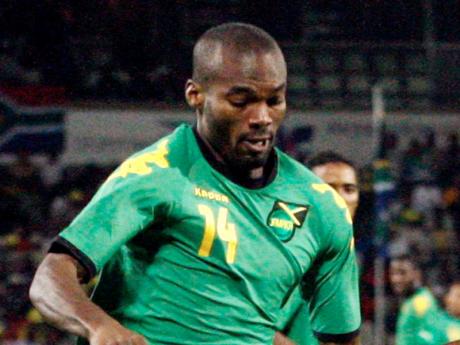 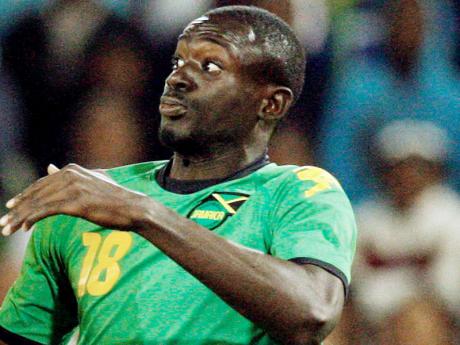 With Jamaica's 2014 World Cup campaign under way, supporters will be buoyed by the return of key Reggae Boyz to playing fitness in Major League Soccer (MLS).

Goalkeeper and national captain Donovan Ricketts, who limped out of Jamaica's opening World Cup Qualifier against Guatemala on June 8 with a leg injury and missed the 0-0 draw with Antigua and Barbuda four days later, played his second full game for Montreal Impact on Wednesday.

That same day striker Omar Cummings, sidelined over a month with an ankle injury, played 23 minutes as a substitute for Colorado Rapids in North America's premier football league.

Defender Dicoy Williams also made a comeback. He played one minute as a sub for Toronto FC (TFC), his first of MLS 2012, following a knee injury suffered while representing Jamaica in the 2011 CONCACAF Gold Cup.

Both Cummings and Ricketts lost - Montreal 2-1 at Chivas USA and Colorado by the same score at home to San José Earthquakes (SJE). Williams' cameo was part of TFC's 3-3 draw at Houston Dynamo.

Cummings gets more time to recuperate. Colorado, six wins, eight losses and a draw (6-8-1) for fifth place in MLS's nine-team Western Conference (WC) with Jamaican Tyrone Marshall on their roster, are off until June 30.

Against Houston, he and Ricketts could face two other Jamaicans - midfielder Je-Vaughn Watson and defender Jermaine Taylor - members of the current WCQ squad. Watson was a second half sub against TFC. Taylor did not play. The result put Houston (5-4-5) fifth in the EC.

Toronto FC (1-10-1), at the bottom of the EC although collecting all four of their points over the past three games, host New England Revolution today. National striker Ryan Johnson was credited with assisting on the first of two goals scored by Danny Kovermans, who Williams replaced. Prior to the game Williams, who last played for TFC on June 10, 2011, was overjoyed to return.

"I was so happy," the 25-year-old told the club's website before the game. "I've been thinking of nothing but putting on a Toronto FC jersey."

Rookie Darren Mattocks could return today against Los Angeles Galaxy away after missing Vancouver Whitecaps' 1-1 draw with New York Red Bulls on Wednesday due to suspension. The striker, who has started three of six MLS games he's appeared in for Vancouver after missing several with injury, received two cautions against Colorado on June 16 and was sent off. He's scored three goals for Vancouver, 7-3-5 and third in the WC.

"We have great players that are missing so we had to step up and get a point in a tough environment," Richards told reporters after the game.

Chivas USA, coached by Jamaica-born Robin Fraser, have moved to sixth in the WC with a 5-7-3 record. Fraser was given huge credit for Wednesday's win, especially his substitutions - inserting Juan Pablo Angel and Jorge Villafana - which combined for the winning goal.

On Wednesday, Montreal host TFC in a clash of two Canada-based clubs.