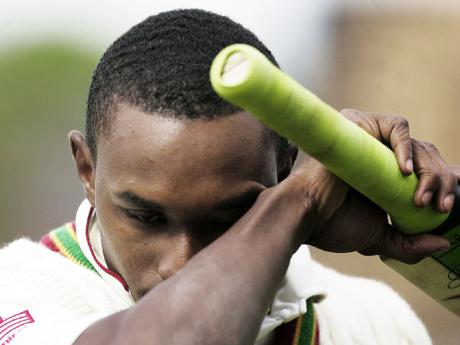 LONDON, England (CMC):West Indies vice-captain Dwayne Bravo has been fined 20 per cent of his match fee by the International Cricket Council for criticising the umpires after Chris Gayle was controversially given out during the second one-day international on Tuesday.

The all-rounder was charged with a level one offence relating to "inappropriate public comment".

Gayle made a whirlwind 53 from 51 balls before he was belatedly adjudged lbw by umpire Tony Hill following an elongated appeal from off-spinner Graeme Swann.

The batsman reviewed the decision and while replays showed the ball striking the bat, they failed to determine if it was bat or pad first.

"What confused us is they used the technology, and then the decision was given," Bravo complained at the post-match press conference.

"It's okay, umpires do make mistakes - that's accepted - but not when they see the referral as well and realise they've made the wrong decision and then stand by it."

Match referee Jeff Crowe said Bravo had gone too far with his criticism.

"Dwayne unfortunately went over the mark in describing the Chris Gayle decision and used comments that criticised both the on-field and TV umpire," Crowe said.

Bravo pleaded guilty to the offence, negating the need for a formal hearing.

He was charged by Hill and the other on-field umpire Kumar Dharmasena.