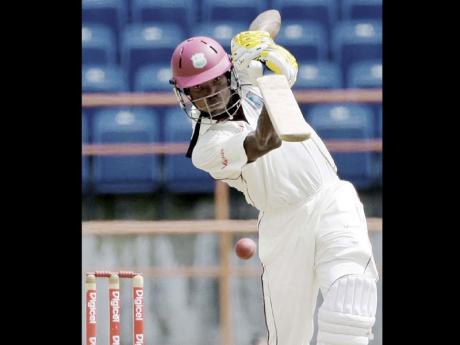 Four-time defending champions Manchester will be seeking a top four spot in the 2012 Jamaica Cricket Association (JCA) Senior Cup when they face Kensingston at Manchester High in one of four quarter-final matches.

The game, which will parade a number of current and former national players, will see Manchester, who topped Zone B in the preliminary round with three wins and a first innings points, going up against a Kensington team which , with one win and three first innings points finished second to Melbourne in Zone D.

"I think Kensington are a good team with players such as David Bernard Jr and opener Brian Clarke, and we will not be taking them lightly," said Manchester captain Gary Graham.

"But once we play to our ability we should come out on top," he added.

Among those who have been leading Manchester's charge this season are national off-spinner Jamie Merchant and former national spinner Andre Dwyer.

The two have been putting the team in winning positions despite their batsmen, including Graham, Zeniffe Fowler and young Oshane Walters, not being at their best. They have also been playing without senior batsman Donovan Sinclair due to work commitments.

Kensington, meanwhile, have been led by captain David Bernard Jr, who in the absence of senior players Wavell Hinds, Horace Miller and Akeem Dewar, has being doing the bulk of the work.

Hinds has been absent due to work commitments while Miller is in Trinidad and Tobago competing in that country's lucrative domestic competition. Dewar is in Barbados preparing with the Combined Campuses and Colleges team.

"It will not be an easy task as we are not at out strongest," said Kensington technical director, David Bernard Sr.

"But with our senior players unavailable it's an opportunity for young players to come and show what they can do."

In other matches, Melbourne with Nikita Miller and Carlton Baugh Jr will entertain St Mary at Melbourne Oval, Zone C winners Jamaica Defence Force with Akbar Moodie and Dennis Bulli will be at home to Kennar Lewis' Hanover while St Catherine CC with Tamar Lambert and Odean Brown will travel to Alpart to face St Elizabeth.