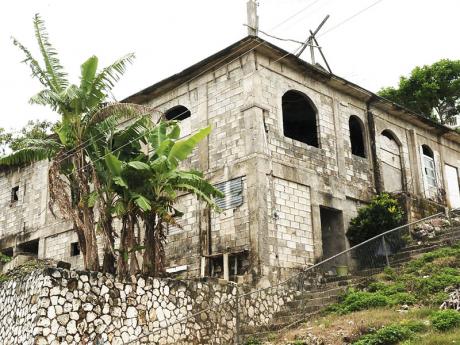 The Rejoin Seventh-day Adventist Church is the only place of worship in the community. It is believed to be more than 70 years old. 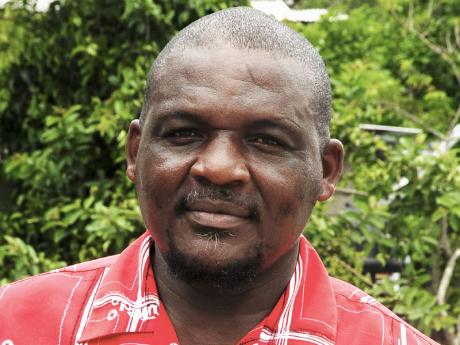 Residents hope for commodity in pipes

WESTERN BUREAU:Residents of Rejoin, Hanover, have never had piped water. They depend solely on the elements for their day-to-day supply and anxiously await the day when the precious commodity will be piped to their homes.

"It would be a dream come true for us," said Dukeval Bowen, a 53-year-old farmer. "We have to be depending on the rain, or purchasing water, but this is too costly."

Tanks are a common feature at most of the homes in the community, which has a population of about 500 residents. Those who cannot afford it must rely on the kindness of neighbours.

According to Bowen, it costs approximately $12,000 for 3,000 gallons of water, and residents dream of the day when the infrastructure will be in place to pump the commodity to their community.

The National Water Commission's (NWC) draft parish plan, dated October 2011 and posted on its website, states that there is not enough water in the parish to meet the require-ments of the population. The average daily water production stands at 5.7 million gallons (mg). Of that amount, 2.8mg is lost to theft or leakage, while the requirement stands at 5.8mg.

"If connected to the network, the Rejoin community would get water from the Cascade Water Supply System, which is supplied by a small spring source with an average of 35,000 gallons per day. It currently serves 3,100 people. However, the customer base could jump to 3,708 by 2030," read part of the NWC draft plan.

While the parish plan is projected to cost $5.4 billion, addressing the supply deficiency to allow for service to communities like Rejoin will cost over $234 million.

The proposed plan is for the Cascade facility to be connected to the Great River Water System and will involve linking to the pumping system from the new 500mm pipeline at Mosquito Cove.

The project would also include the installation of 10km of 150mm pipeline, two booster stations, and the construction of a new 50,000-gallon water-storage tank.

However, there is no mention of an infrastructure build-out in Rejoin, and efforts to contact Ava Marie Ingram, the NWC's regional communications manager, and Member of Parliament (MP) for Eastern Hanover, Dr D. K. Duncan, were unsuccessful.

But residents are banking on an alleged commitment from the MP that piped water would be in their homes by April 2013.

"It would definitely make things easier for us and for the many residents who cannot afford it and are struggling ... . We are holding him to this," Bowen said.