'Son of a Champion' Art Exhibition 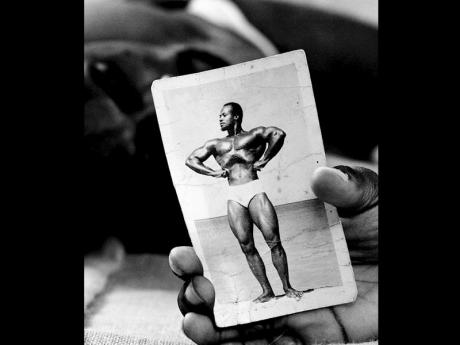 Glimpses from O'Neil Lawrence's upcoming exhibition. Son of a Champion #8. 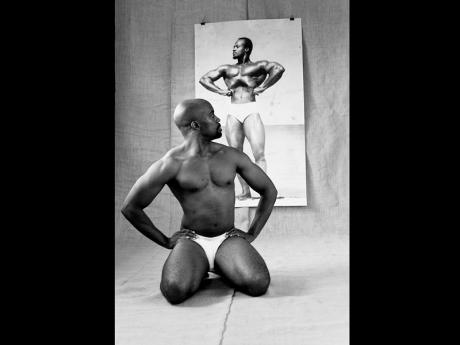 In a country where outclassing the rival on any stage is the norm and many are left to marvel at the sheer talent of the people, the name 'son of a champion' could aptly describe Jamaicans all over the world.

And that it does for O'Neil Lawrence, whose name Neil, literally means 'champion' and O with the apostrophe 'son of'.

The title of his solo exhibition which opens at The Mutual Gallery on June 26, 'Son of a Champion' is set to feature some of the finest works from the visual communication artist.

With a total of 15 new pieces to be showcased in a series of self-portraits which Lawrence has harboured in the past year, the collection includes the artist's award-winning photographs from the prestigious Jury Prize, won in 2011, in the Super Plus Under-40 Artist of the Year Competition.

'Son of a Champion' follows on the autobiographical exhibition Lawrence mounted in 2011, and takes a close-up shot at his complex and tumultuous relationship with his father and the role it has played in influencing the artist's work.

A graduate of the Edna Manley College of the Visual and Performing Arts and the University of the West Indies, Lawrence, who is assistant curator at the National Gallery of Jamaica, spends a great deal of his time in his studio.

Guest speaker at the opening will be Dr Veerle Poupeye, executive director of the National Gallery of Jamaica.

The public is invited to the official opening which starts at 7 p.m. Cocktails will be served from 7 to 9 p.m.

For information, contact Gilou Bauer or Keisha Campbell at the Mutual Gallery at 929-4302.