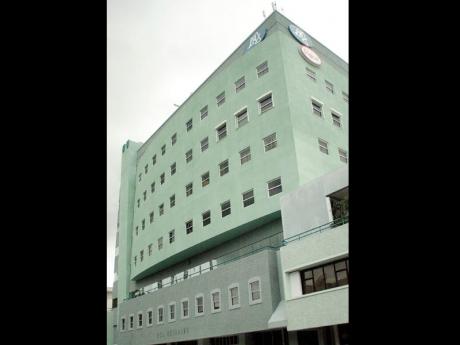 Heaps of office space to become available in coming months

Four prime real estate properties in New Kingston with some 260,000 square feet of office space will become largely vacant this year, and this will put pressure on rental rates in the area, according to realtors.

This sudden jump in availability of space will affect prices, which now run between $2,300 and $3,000 per square foot, the realtors said.

"You are talking about between 50 to 60 per cent of prime real estate in New Kingston (becoming) empty. It is going to be a lot of space," Century 21 Managing Director Deborah Cummings emphasised in an interview with Sunday Business last week.

She added that the situation "could be a return to the '90s" when the corporate construction boom was followed by the closure of a number of corporate entities. It resulted in property managers wooing tenants by forgoing rent in order to cover maintenance costs.

"For the property managers, the (costs) continue even if no one is there, and so if they at least get maintenance from tenants, they can maintain the property," Cummings said, explaining that maintenance can actually cost more than the rent for those properties.

Referring to property managers, Cummings said they would now have to become creative by, for example, offering a one-year moratorium on rent, or offering rent-free periods to businesses.

With the closure of the Claro network consequent on Digicel Jamaica's acquisition of the business, the multi-storey office building occupied by the defunct telecoms operator along Knutsford Boulevard has been vacated.

Citibank, which also occupied a multi-storey building along Knutsford Boulevard, has also vacated the area.

Digicel, whose main office is also located in the business district, is set to relocate to a new head office, currently undergoing the finishing touches of construction in downtown Kingston, by August.

And the Office of Utilities Regulation, currently housed in the Petroleum Corporation of Jamaica (PCJ) building along Trafalgar Road, has announced its intention to give up that space, citing the high cost of rent and the need for more space.

At the same time, the construction of additional office space is ongoing opposite the National Commercial Bank headquarters on Trafalgar Road.

"The rental rates will have to come down," said Cummings, adding that now is the time for firms to examine establishing themselves in the heart of New Kingston.

Cummings discerned that the exodus of those businesses would negatively affect small and medium-sized firms in the area, including restaurants and management services.

Digicel will vacate the 70,000 square feet of space it currently occupies on seven floors of the RKA Building on Grenada Way. The property is owned by CIBC FirstCaribbean International Retirement Fund Limited.

Negotiations are ongoing to get that building leased, according to Lorraine Levy, broker at Valerie Levy and Associates, which acts as exclusive agent for the property.

"The RKA Building will be rented. We are still in negotiations with different entities," she said.

She agreed that the prices sought for rent in general in New Kingston could dip, but suggested that the rates would nevertheless remain attractive.

"I definitely think the cost of rentals will come down based on the sudden availability," said Levy, adding that she did not foresee property managers forgoing rent for only maintenance costs. "I would not say that we are back to the '90s. I think people will negotiate."

Digicel owns a vacant building formerly occupied by Claro Jamaica. It acquired the building, which spans some 80,000 square feet, as part of its acquisition of the Claro business in Jamaica last year. Levy said that building is being sold.

Last year, Citibank vacated a number of floors in that building in order to relocate to its Hillcrest Avenue, St Andrew, head office.

The vast space in the vacated buildings is being pitched to call centre businesses, which require large, open floors to conduct their operations.

Pan Jam Chief Executive Officer Stephen Facey told an annual general meeting of the group last month that "the Government has said that there isn't adequate space to support the expansion of the ICT industry and we expect them to absorb that space" available, or to be made available, in New Kingston.

"For us, the likely impact will be to put some pressure on the increases that we might wish to negotiate going forward," Facey said. "We do, however, have medium-term contracts with our tenants - three to five years long. But we continue to offer value for service."