T&T moves to stave off trade dispute with Barbados 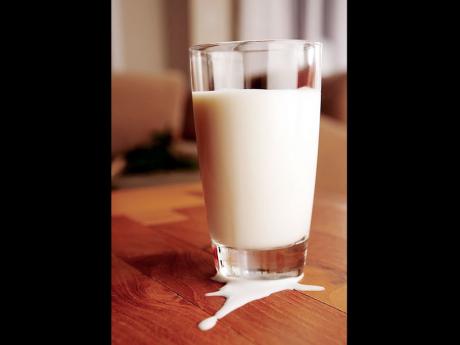 Trinidad and Tobago moved swiftly on Friday to head off a trade dispute with Caribbean Community (CARICOM) trading partner Barbados, apologising for the actions of its food safety agency in blocking the entry of Barbadian milk and juices into the two-island republic and saying it was working to resolve the issue.

Trade Minister Stephen Cadiz told the Caribbean Media Corporation in a telephone interview he was apologising for the actions of the country's food safety agency, the Food and Drugs Division in the Ministry of Health, in refusing the entry of juices and milk products from Pine Hill Dairy in Barbados.

"We are working to get it corrected. I do sincerely apologise for É what has happened here. But this is not the only one that we have dealt with since coming into office. There have been a number of issues regarding that sameÉ Food and Drugs Division that have created problems for us," he said.

And the trade official sought to play down growing uneasiness over Trinidad and Tobago's trade surplus with fellow CARICOM partners, including Jamaica, whose manufacturers have complained of obstacles in penetrating Trinidadian markets.

On Thursday, Richard Cozier the managing director and chief executive officer of Banks Holdings Limited (BHL) told journalists that for the past 18 months the Trinidadian food safety agency was rejecting the labelling on its milk products and some juices in an action that was tantamount to a "discriminatory non-tariff barrier". He called on the Ministry of Foreign Affairs and Foreign Trade in Bridgetown to intervene.

Confirming that the problem centred on the labelling of milk products from the 46-year-old dairy, Cadiz said the issue would be the subject of talks with Barbados' trade minister early this week.

He suggested a revamping of the agency was pending but said the government in Port of Spain was moving to remove the obstacles to Barbadian goods.

"We can't wait until we revamp the entire Food and Drugs Division. As you are well aware, this would be the public sector and it does take time in making these changes. Therefore we want to have the Pine Hill Dairy issue settled," Cadiz said.

The trade minister also denied the government in Port of Spain was deliberately attempting to block CARICOM goods from entering Trinidad and Tobago.

"This administration, my ministry of trade and industry is fully supportive of CARICOM - I've made that statement time and time again to Jamaica because we have also had some situations with Jamaica, Barbados to a lesser extent," he said.

Cadiz suggested he was also trying to address growing rumblings in Jamaica that questioned Port of Spain's commitment to the regional bloc and calls by Jamaica's former commerce minister Karl Samuda for a withdrawal from the 38-year-old customs union.

The Jamaican manufacturers association has also complained of problems with entering the Trinidadian market but had said it would leave the matter for resolution between the two governments.

The Trinidadian minister acknowledged that the trade imbalance was posing a problem for Port of Spain as it traded with fellow CARICOM nations under the revised CARICOM Treaty that is intended to free up trade in the CARICOM Single Market and Economy (CSME).

"It is so much of an issue that 'a month ago, I actually took up a buyers mission to Jamaica. We had about 30 representatives from the private sector. I had technocrats from the [trade] ministry' [Jamaica's trade promotion agency] JAMPRO had their exhibition on, with a view of opening up the Jamaican market to Trinidad and Tobago businessmen, hoping that we can really and truly put some genuine effort in closing that imbalance," said Cadiz.

He stressed Trinidad and Tobago's support for CARICOM, the main buyer of Trinidadian goods and services.

"You can't have a trade agreement where it's one way; it has to work both ways and again, CARICOM is first on our list when we talk about trading. And again, this É administration is very, very supportive of the CARICOM sector," he said.