The best payback is reform 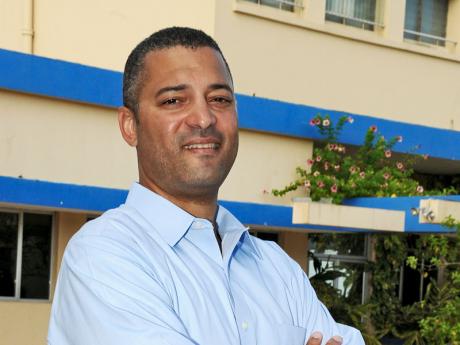 For those of you genuinely shocked that the political parties took large contributions from Olint, I have this scheme to tell you about that's just fabulous! It will pay 10 per cent per month, guaranteed! Just sign over the money to an offshore account belonging to this guy the Government warns is a crook (so you know he's a saint).

Oh! So you're not shocked. Just outraged? Why? We in Jamaica agree on absolutely nothing, except perhaps that Usain should chauffeur the Queen on her next visit. But there was a near national consensus about St David Smith. He had the Church, the political Establishment, and the private sector singing the same Sankey, with Audley Shaw's booming baritone right out front. Remember? Omar Davies was the villain who wanted to shut him down.

Anyway, for now, let's follow the money into the moral maze. The PNP confirms that some unnamed bagman received US$1 million. Conventional wisdom, and the receiver's math, have it that Mr Smith was much kinder to Labour with his crime proceeds. Though the amount is yet undetermined, a US$5-million figure has been thrown out there.

An aside: At one level, this was redistribution of wealth from the rich to the poor through the 2007 campaign. Naturally, a lot of rich people are still very upset that their wealth was spread through politics. That's worse than just being robbed! Further aside: Please hold the letters about how you lost money but you're not rich. If you had money to put into this scheme, you are - or were - rich.

Anyway, let's step back a bit.

We have had a massive international Ponzi scheme headquartered in the Caribbean, a court-appointed receiver tracing contributions and demanding repayment, and a senior politician refusing to return donated money.

What's Obama thinking? Yes. The Ponzi scheme I'm talking about was Allen Stanford's. According to Reuters: "The court-appointed receiver charged with returning money to Stanford investors obtained a federal court order last June against five Democratic and Republican campaigns. But they haven't returned the money." Ralph Janvey, the receiver, is also trying to recover money from individual politicians, including Obama. Some others have returned money, but Obama "does not intend to return the money to the receiver or Stanford investors". So Minister Pickersgill isn't alone.

I know we think we're special, and trust me, we are. Just not on this issue. It's Barack and Bobby both saying, "I shall not return (the money)." Incidentally, Obama has had to make refunds in other high-profile cases recently. Jon Corzine is a former senator and governor of New Jersey, and former chairman and CEO of MF Global Holding Ltd, which went bankrupt and couldn't account for US$1.2 billion in customer money. He was one of Obama's top financiers, responsible for over half-million just in 2011.

Then there's Mexican casino magnate Juan José Cardona. Cardona had escaped from the US with an outstanding federal drug charge. His brothers in the USA had been "bundling" donations to Obama. So maybe Obama is just tired of paying money back.

Let's continue the tour and you decide: refund or no refund?

Ponzi king Bernie Madoff was a great contributor to politics and charities. The Madoff family's charity was formed in 1998 and would ladle out enormous donations. In 2003 alone, the Madoffs gave almost US$6 million for lymphoma research. Hospitals, mentoring programmes, the Lincoln Center, the Special Olympics, the Center for Jewish History, Global Camps Africa, the Metropolitan Museum of Art, City Harvest (to feed the hungry), New York Public Library, universities too numerous to name, Wildlife Conservation Society and many other worthy causes all felt the magical largesse of a super-wealthy donor. Refunds?

charities, churches to pay too?

Warm your heart closer to home. On June 22, 2007, The Gleaner carried a story titled 'Olint donates dialysis machines to St Joseph's'. It reads:"Chief executive officer of Olint, Wayne Smith, brother of the founder ... handed over the machines, valued at several million dollars ... ." Everyone remembers the Jazz and Blues Festival. Refund or no refund?

When WorldCom went belly-up in 2002, over the previous dozen years it had given millions to more than half of US Representatives and 80 per cent of the Senate. The spectacular Enron collapse, quite aside from the political donations, raised awkward questions about the US$1.1 million Ken Lay had given to the University of Missouri while employees discovered vanished pensions. Eventually, Lay himself asked for the money back, claiming that he wanted to donate it to charities like the Red Cross, Catholic archdiocese charities, and Joel Osteen's megachurch.

Of course, once you touch the churches you've hit the richest vein for moral dilemmas and problems about tainted donations. They're among the organisations and people who collected 'interest payments' from Olint and who are, therefore, in the same moral position as the political parties. Hopefully, the receiver has taken note. Let's have refunds, but they should be across the board.

Now back to the party donations, as they do raise wider issues.You can't have an arms race, then act all completely surprised that the participants build and acquire weaponry. And you can't have a flat-out money race for elections and then act shocked when the participants take money where they can get it, particularly from a pillar of society like St David.

For those remaining in constant outrage - which is, mind you, a very pleasurable and useless way to approach the world and its problems - this is an excellent opportunity to vent. Rake the political bums over the coals for acting entirely predictably. But don't excuse yourself too quickly. We had become a Ponzi society.

Then, hopefully, another thought might emerge, which, admittedly, isn't nearly as much fun as just outrage, but might actually contribute to solving the problem and preventing its exact recurrence in the next election. The constructive impulse might see this national embarrassment as a window of opportunity. We all know what the answers are: strict disclosure requirements, spending limits, public financing, swift and certain sanctions for breach.