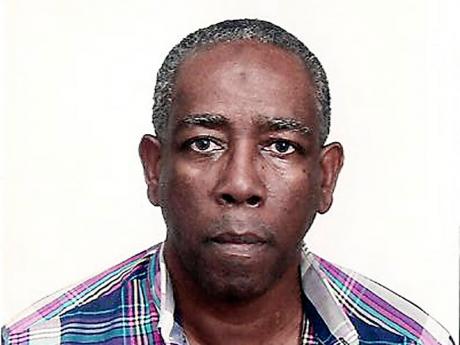 The Grade Six Achievement Test (GSAT) results have been received with mixed reactions. Some parents are quarelling and some children are crying. This is because they did not get to attend the school of their choice.

Some parents would like the child to attend their alma mater, while others see some placements as a status symbol as the brightest are sent to certain schools. Children tend to want to attend schools which are excelling academically or in sports.

Nearly all are aware of the poor performance of the schools nearest them - inside and outside the classroom.

So they beg and borrow to ensure that their child does well enough to go to a 'good' school. And they are angry. There was a report that the cost to Government of sending children to some private high schools was a factor in this new position. The minister mentioned an advantage of high achievers being placed with low achievers.

I am picturing a student, long ago, able to read fluently and think logically, sitting beside her classmate who is just learning to identify words. Who benefits from this?

We know that many schools are performing poorly because of poor leadership. One example of this poor leadership is that they hire persons, parading as teachers, who should be nowhere near a classroom. So this creative, highly motivated child finds himself/herself in this situation. As an educator, I confidently predict the next step to be a disciplinary one. That's what happens when you use a BMW to follow a Lada to Negril. Our teachers are not trained to deal with high achievers.

Having said that, I have often wondered when anyone was going to recognise the myriad problems involved in sending children miles from their communities and out of the reach of their parents to schools far away.

For the layman, it is best understood by comparing traffic next week at 7:30 a.m. and again at the same time during the holidays. Adolescence - that pivotal period between childhood and adulthood - is the time when youth need to acquire the attitudes, competencies, values and social skills that will carry them forward to successful adulthood. They also need to avoid choices and behaviours that will limit their future potential.

It is parents and the family that are best able to help them navigate this phase. But how can this happen when they have to be gone before sunrise and back around sunset? Much of the dysfunctionalities we see in society today are spawned by this practice of sending our children into the unknown every day to be socialised by the 'Ducta' and the 'Driva' and snared by assorted perverts.

Communities which have a role to play in the child's development cannot contribute. In addition to their other duties in this area, they play an important role in community-based initiatives to protect children from sexual abuse and exploitation. They cannot protect who they don't know and don't see.

So parents are upset. A major responsibility of theirs is to provide their child with the best and most adequate education based on the psychology of the child. I am not very hopeful of the chances of this first set of guinea pigs. The ministry will need to be very active in these schools to ensure that lesson plans - including methodologies - are done and each child is given a chance to bloom.

In recent years, a number of social forces have changed both the landscape of the family and the community, as well as the expectations of young people. Emotions are caught, not taught, and the role of the family in helping children to learn moral, cultural and social values is unchallenged. The absence of children from their communities has weakened the informal community support once available to young people.

Although I am uncomfortable with the way we were taken by surprise, properly managed, there are untold advantages for all the players if children remain in their communities and attend the nearest school. This is why I think history will absolve Education Minister Ronald Thwaites.

Glenn Tucker is an educator and a sociologist. Email feedback to columns@gleanerjm.com and glenntucker2011@gmail.com.