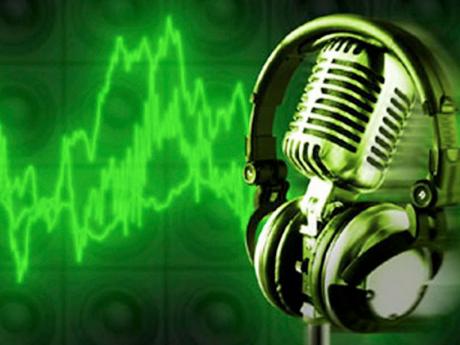 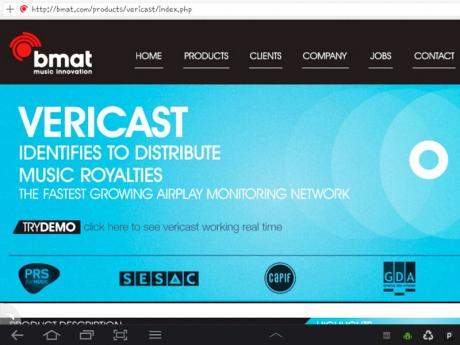 One of the biggest problems the music industry faces is not being able to have, as musicians (producers, songwriters, artistes, etc), a fair idea of what is actually happening with the airplay of recordings in respect to the issue of paying or receiving royalties.

Royalties are the payments made to an artiste or artist for the reproduction of his/her work and is paid by those who reproduce it in a public space. Those who pay royalties (clubs, TV stations and radio stations) are, of course, licensed to reproduce this work with a collecting society.

There is the age-old issue of a musician's royalty statement not being reflective of how much airplay his/her production receives.

In other words, the songs are played, but is the royalty statement accurate?

In a Jamaica Reggae Industry Association general meeting earlier this week, Evon Mullings, general manager of the Jamaica Music Society (JAMS), said JAMS, as well as other collecting societies, recognises this problem and is now exploring some of the reasons for the discrepancies and how it could be fixed.

The fact that the music is played means somebody's work has been used and somebody should be paid.

The monies collected from the sources are paid out largely on the basis of a playlist provided by the source. This playlist is often flawed.

JAMS has been exploring the idea of using technology, more specifically an airplay-monitoring system, to close that gap.

The current difficulties with the 'playlist system' include not all the stations maintain playlists. Playlists that are maintained are not always complete or accurate. Playlists are not always submitted on time, and when submitted they are usually handwritten and create difficulty when entering the information into the calculating system.

Another difficulty is that only a sample of what is played is sometimes shown on the playlist.

At present, JAMS uses a 25 per cent sample of what is played on a station to make calculations.

"We could have basically rolled over and said that this problem can't be fixed. We looked around and saw where other collecting societies were adopting music technology in different ways to solve some of these problems. From as far back as 2007 when we started exploring and looking at the different systems for use, we evaluated a number of systems, but one of the things is that, at the time, cost was very high," said Mullings.

The airplay-monitoring system, Vericast, that Mullings demonstrated can monitor a multitude of stations simultaneously and significantly reduce the reliance on playlists.

An Internet description of what Vericast does reads: "Vericast continuously observes a broadcast audio stream and matches its content against a database of previously extracted reference audio fingerprints from advertisement clips for radio or TV. Vericast returns periodically the information required to create an identification report of the media reproduced in the monitored source. Results are stored directly in a database or returned as XML formatted data."

In JAMS's case, the technology will be used to monitor songs.

Among its other advantages is that it will immensely reduce the time used by the societies to log information. The system automatically picks up songs that are played and within two hours generates a log. It reduces the lag between the time a song is played on air and when it is actually shown (on a playlist). It will close the gap caused by broadcasters and increase efficiency of the royalty payout system.

It will also help the society to better negotiate with broadcasters, as they have a more accurate log of what is played.

The system is being used by a number of other collecting societies outside of Jamaica. It is loaded with 'fingerprints' of songs on a server. When a song is picked up over the airwaves, an entry is made in the society's log with all the necessary information (time the song was played, what station played the song, etc).

The automated system will also be able to help in the creation of credible charts and possibly stymie the practice of payola.

Payola may more easily be monitored because the automated system also analyses trends, or at least takes note of them.

"We're now going to be able to generate a top-10 or top-100 airplay chart that is reflective of what is happening. Not just from one station, from all stations. So we'll now be much closer to how they do it in the US (United States). This is going to take us to that point," said Mullings.