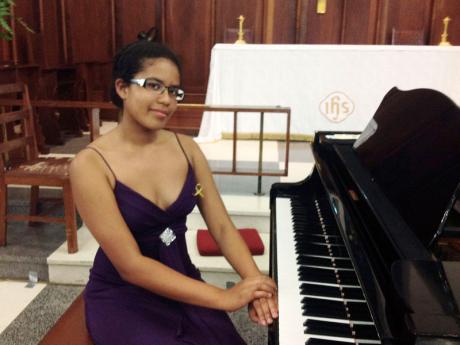 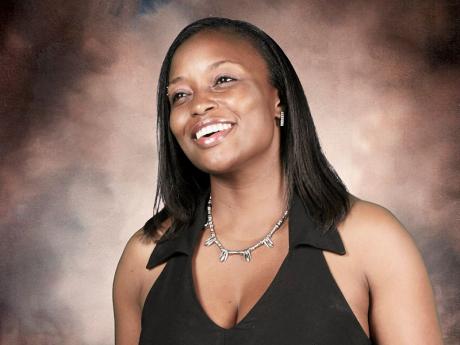 Human trafficking, the target of the charity organisation's effort

Child performers have always been of special interest to audiences. Usually they do only relatively well, that is, when compared to performances by children their age, so it is a real delight when an absolutely outstanding child performs.

At the Soroptimist International of Jamaica-organised Classics in June 2012 concert at the University Chapel, Mona, last Sunday, the performance by 12-year-old pianist Jada Campbell was absolutely outstanding. In her playing of varied pieces by Mozart, Schubert, Chopin and Erno Dohnany, she demonstrated confidence, technical expertise and expressiveness and she was rewarded by enthusiastic applause by the audience.

After the concert, the eighth in the annual series presented by the 50-year-old Jamaican chapter of Soroptimist International, The Sunday Gleaner spoke to Jada and her Jamaican parents. Her father, Leo Campbell, said that at two years old, Jada showed her special musical ability when playing with her toy piano.

When, at four, she picked out an Alicia Keyes song on the family piano in half an hour, her parents decided to send her for piano lessons.

Showing her farsightedness, Jada told The Sunday Gleaner that though she loved the piano, because life as a performer was "uncertain", she was considering a career as a music producer. But whatever happens, she added, "I know I want to be in the arts. That's where I belong."

Jada was one of 11 performers last Sunday. The others - all adult and all professional musicians - gave at least equal delight in the two-and-a-half-hour concert.

It began with three songs by mezzo-soprano Christine MacDonald Nevers who, a fortnight before had, with a little help from her mother, sung at the same venue for almost two hours. In her flexible, gloriously toned voice, she showed she handles high and low notes with equal ease as she rendered pieces by Gluck, Quilter and Granados. She was accompanied on piano by a former tutor, Winston Ewart.

Campbell was on next, followed by guitarists Norman McCallum and Shawn Richards. Their items, Francisco Tarrega's Mazurka y Vals and the popular traditional English folk song Greensleeves, with its specially expanded arrangement by Richards, made one feel like dancing. In fact, some members of the audience were moving to the music in their seats.

Richards stayed on to accompany the next performer, soprano Lori Burnett, on his guitar, as she sang John Dowland's beautiful Come Again. Her second song was Bizet's Ouvre Ton Coeur, and here she was accompanied with great sensitivity by pianist Karl van Richards, whose many qualifications include a master's degree in piano performance. Burnett lectures at the Edna Manley College of the Visual and Performing Arts' School of Music.

Burnett left Richards with the audience to play Chopin's Scherzo No 1 in B minor, Op 20, one of the composer's more complex pieces. Richards handled the varying speeds and moods of the piece like a master, literally ending the first half of the concert on a powerful note.

He was back after the intermission to accompany another School of Music lecturer, mezzo-soprano June Lawson Thompson, with four songs. In her well-controlled, expressive voice, and with the dramatic manner to be expected from a member of the Jamaica Musical Theatre Company, she offered three songs in English (This Little Rose, It Was Lover and His Lass and Wishing You Were Somehow Here Again) and Jean Paul Egide Martini's Plaisir d'amour.

Accompanied by Ewart, Thompson Lawson and MacDonald Nevers brought drama and humour to the evening with a song-skit created around the traditional Negro spiritual Scandalize My Name.

The light-hearted nature of the concert continued for the next two presentations, van Richards' sublime playing of Jamaican composer Oswald Russell's Jamaican Dances (based on the folk songs Sammy Dead and Ruckumbine) and Burnett's singing of the popular Pantomime song Evening Time and Joaquim Rodrigo's De Los Alamos Vengo, Madre.

Surprisingly, since concerts usually end on a light note, the mood turned serious (though not solemn) with performances by a fresh set of musicians, the Oxsalencia trio, comprising Rafael Salazar (clarinet), Edison Valencia (piano) and Jose Carlos Oxamendi (cello), all faculty members of Northern Caribbean University.

Their playing of four items (once as a trio and at other times in variously combined pairs), by Albeniz, Faure, Cahuzac and Voigt, was done with great feeling and technical competence. They deserved the sustained applause they received as the final, sublime note died away.

The Soroptimist International's major project this year is fighting the trafficking of women and girls in Jamaica, and last Sunday's audience felt satisfied both with the concert and their contribution to a worthy cause.