Disagreement in his chambers 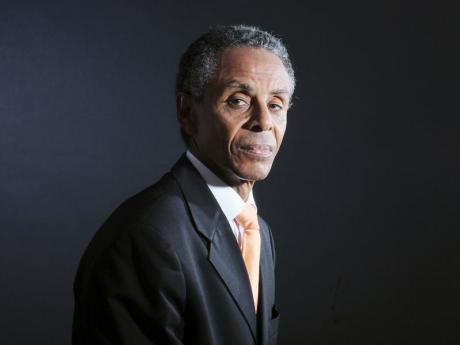 Judge a government on how it treats the youngest and oldest and then you can say whether or not it is acting in the interest of the people. Last week, the Grade Six Achievement Test (GSAT) results were published. However, as I prepared to have dialogue about them the pension issue returned to me like a bad case of liver spots or lice, which had given relief for a few short weeks. Therefore, back to the pension issue I go.

The pesky inconvenience of the undesired and unexpected legal advice from the Attorney General's Chambers (AGC) just over a week ago threatened to put a monkey wrench in the Government's pension-reform machinery. Without enough due diligence, the joint parliamentary committee seemed driven like a locomotive to bring the matter to a speedy conclusion. The Government wants to do two things: to increase the retirement age and to have a contributory pension scheme.

Referred to as a little hitch by a minister, who ought to know better, the opinion of the government-employed legal experts was that the proposed changes were unconstitutional and a breach of the contract of the government workers. Call me dumb and trample on my legal intellect if you wish, but the two critical elements of the advice from the government lawyers seemed sound, based on the 32 years of industrial relations and labour law which I have been exposed to.

There are two main elements of the planned changes, which have been the source of the AGC's advice. First, there is the simple argument that the terms and conditions of the workers were being changed. From the existing stipulation that they are contractually retired at 60, the Government and the joint parliamentary committee are pushing towards a new mandatory retirement age of 65.

Second, it is enshrined in the Constitution that the Government is responsible for the payment of pensions for its employees. Even if it uses eucalyptus oil or petroleum jelly, it cannot wriggle out of that bond and cannot go behind the back of its workers to insert any other provision.

Thus, in simple terms, the existing elements of the workers' contracts are binding on the Government, and the AGC is not swayed by political expedience or the exigencies of the parliamentary committee, the International Monetary Fund (IMF) or any other international power which might hold sway over our economic destiny. The law is the law, whether it is statute or case law.

Thus, I agree with the original opinion of the lawyers from the AGC, as uncomfortable as it makes the politicians. Nevertheless, the response of the attorney general, the political head of the chambers, is so stunning that I wondered if I was given coke to drink instead of my coffee. Pleading ignorance, the learned AG said he was not privy to the advice and was withdrawing it and would re-ssue another at a later date.

The same Queen's Counsel, who criticised the previous Government for the lack of transparency regarding the communication between the then AG and her officers in the AGC, and who lamented the political interference in the operations of the AGC, is now on stage doing something which looks like that which he reproached.

His being ignorant of the advice says one of several things. In a worse-case scenario, his officers are too independent and cavalier and simply do as they please, without reporting to him. This, of course, presumes that it is their procedural duty to pass such matters through him before releasing to the public. Indeed, there are some political heads, and there have been a few AGs who have micromanaged advice even when their knowledge of the particular area of law is as thin as my patience on this topic.

Conversely, the AG's ignorance of his officers' advice could mean that they are independent professionals, who operate without political interference and, like the labour officers at the Ministry of Labour, do not have to consult with the political head when giving professional advice. It could also mean that that he, as AG, is out of touch with the running of his department, given the importance of this issue, because his claiming ignorance of it is a serious indictment.

However, I can only suggest opinions; ultimately, I would prefer other persons to judge.

In the case involving Christopher 'Dudus' Coke, it became clear that despite the attorney general/justice minister being a 40-year veteran lawyer, her expertise on the narrow matter before her was not comparable to that of the competent desk officers engaged in the chambers. Thus, the dissenting opinion of the present AG really has no value beyond that of any other lawyer who advanced his thoughts on the matter.

Given the embarrassment which visited the country as a result of the improper conduct of our leaders and bureaucrats in the Coke case, it is my advice to do, as Senator Arthur Williams said, and allow the High Court to make the determination regarding the subject.

Notwithstanding the legal arguments, one can easily support the idea that the compulsory retirement age of Jamaican public-sector workers should be increased by five years. Given that Jamaicans are now living almost 20 years longer than when we first voted in our governments, it is senseless that persons who are healthy and whose backs are as tough as GSAT math, should be forced to retire simply because they reach an age determined by some erstwhile policymakers and which does not apply to their present-day successors.

However, the Government is free to raise the retirement age of persons whom it signs on to new contracts, in the same way that the administration, in the mid-2000s, changed the existing policy regarding leave of absence. Those individuals engaged under the old system would maintain their existing regimen and retire with their large quantum of vacation leave that they accumulated under the old Staff Order 5:24. Thus, only new public servants employed after the policy is implemented, whenever that is, can have the age 65 retirement imposed, since it will now be in their contracts.

As regards the second part of the AGC's advice concerning the establishment of a contributory retirement scheme, again this cannot be imposed. The workers, via their representatives, can elect to change their contracts and also to enter into a pension scheme separate and apart from that which comes out of the Consolidated Fund, as the Constitution provides.

Indeed, several workers have contributory pension packages with insurance companies and credit unions, and it behoves a sensitive Government, which takes care of its politicians and their retirement benefits, to do something extra for its workers. These dedicated public servants spend the better part of 30 years making less-than-competent ministers look good, by allowing them to take credit for their work and then become fall guys and scapegoats when things go wrong.

Pension reform is a must, but it cannot be a dictating government pushing it down the throats of its workers. There must be a meeting of what is legal, just and, most of all, what is in the best interest of the workers.