Public health and the tobacco industry - an inherent conflict 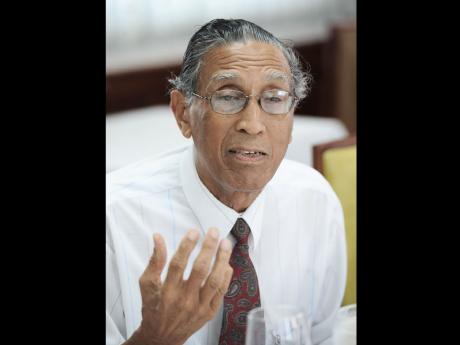 Against the background of the continuing debate in the media about matters related to tobacco control, the Jamaica Coalition for Tobacco Control (JCTC) would like to reiterate that the main concern of the coalition in this matter is the protection of the health of the Jamaican people from the effects of tobacco use.

Member organisations of the coalition are intimately familiar with the challenges of the use of tobacco. In this regard, the JCTC fully supports the World Health Organization's treaty, The Framework Convention on Tobacco Control (FCTC), which Jamaica has signed and ratified.

The process for the development of the FCTC involved intergovernmental meetings at which Jamaica was represented and played a leading role. The FCTC is a legally binding international law. It was adopted by the 56th World Health Assembly on May 21, 2003, and to date has been ratified by 175 countries. The treaty addresses several issues with the objective of reducing tobacco use, such as:

Smoke-free environments in all public spaces and workplaces.

Bans on all direct forms of tobacco advertising.

Tobacco is the only legal consumer product that kills when used exactly as the manufacturer intends. Therefore, no matter how noble the initiative sponsored by the tobacco industry, there is an irreconcilable moral dilemma associated with such a product. Sponsorship by the tobacco industry cannot be philanthropy.

Therefore, tobacco industry sponsorship must be seen for what it is - merely a means of increasing credibility, image and prestige towards the ultimate end of maintaining its existence by ensuring future profits. Recognising industry sponsorship (in all its forms) is just a means of, directly and indirectly, encouraging the use of tobacco; the FCTC requires parties to the FCTC to prohibit all tobacco promotion and sponsorship.

The sponsorship and promotion of youth-based education and policies to reduce tobacco use by the local players in the tobacco industry is consistent with global tobacco-industry initiatives. Studies have shown that these initiatives have been found to not only be ineffective in reducing youth smoking but, in some cases, to possibly INCREASE tobacco use by youth.

Strong and effective tobacco-control legislation is diametrically opposed to the interests of the tobacco industry. In making tobacco legislation, the Government MUST give primacy to what is in the interest of the health of Jamaica's people.

The graphic health warnings on cigarette packages would go a far way in addressing the concern mentioned recently in a Gleaner editorial in relation to illicit trade. The coalition recognises that the illicit trade and the uneven taxation of new tobacco products could undermine the efforts at reducing demand through taxation. Consequently, the coalition encourages the Government to employ the following measures to curb smuggling and ensure equity:

Apply and enforce equal taxation measures on ALL forms of tobacco, not just cigarettes.

Fast-track the adoption of the new standard for the labelling of tobacco products.

Hasten the implementation of comprehensive tobacco-control legislation - inclusive of other strong provisions to squash the illicit trade.

Ratify the Protocol To Eliminate the Illicit Trade in Tobacco Products agreed by the Conference of the Parties on April 4, 2012. (See online at http://apps.who.int/gb/fctc/PDF/it5/FCTC_COP_INB-IT5_5-en.pdf).

Tobacco taxes are not the primary reason for cigarette smuggling and cigarette tax avoidance. The World Bank has demonstrated that levels of smuggling tend to increase with the degree of corruption in a country. For example, despite high cigarette prices and some of the highest taxes on cigarettes, smuggling is almost non-existent in Scandinavian countries.

In contrast, smuggled cigarettes can be easily purchased in Albania, Cambodia and in Eastern Europe where taxes are already low and cigarettes are cheap. (See www.tobaccofreecenter.org, October 2009, under 'Taxations and Price').

Article 6 of the FCTC calls for the use of price and tax measures to reduce demand. The JCTC applauds the minister of finance who, in his recent Budget presentation, introduced a special consumption tax on raw tobacco. Research from dozens of countries, including Jamaica, shows that increasing the real (i.e., inflation-adjusted) price of tobacco is the single most effective measure in reducing tobacco use among youth and adults alike.

Jamaica's excise tax makes up only 36.2 per cent of the price of a pack of cigarettes, half the level recommended by the World Health Organisation (WHO). In addition, research conducted by economist Corne van Walbeek (School of Economics, University of Cape Town), in collaboration with the Ministry of Health in Jamaica, has indicated that the Government has not yet reached the price point at which the maximum revenue can be realised.

World Health Assembly resolution WHA54.18 on transparency in tobacco-control process, citing the findings of the Committee of Experts on Tobacco Industry Documents, states that "the tobacco industry has operated for years with the express intention of subverting the role of governments and of WHO in implementing public-health policies to combat the tobacco epidemic".

Consequently, Article 5.3 of the convention requires that "in setting and implementing their public-health policies with respect to tobacco control, parties shall act to protect these policies from commercial and other vested interests of the tobacco industry in accordance with national law". The coalition is not opposed to the industry making formal submissions to Parliament on any Green or White Paper presented. This is the right of any legitimate entity in the country. However, supported by the guidelines for implementation of Article 5.3 adopted by the Conference of the parties (which governs the FCTC), the Coalition is vehemently OPPOSED to any means of influencing the process which lacks transparency and accountability. This includes:

Any partnerships and non-binding or non-enforceable agreements between the tobacco industry and the Government.

Any voluntary code of conduct or instrument drafted by the tobacco industry that is offered as a substitute for legally enforceable tobacco-control measures - the tobacco industry organising, promoting, participating in, or performing, youth, public education or any initiatives that are directly or indirectly related to tobacco control.

The tobacco industry or any entity working to further its interests by making contributions to political parties, candidates or campaigns.

Any official or employee of government or of any semi-/quasi-governmental body accepting payments, gifts or services, monetary or in kind, from the tobacco industry.

The Government accepting, supporting or endorsing any offer for assistance for proposed tobacco-control legislation or policy drafted by or in collaboration with the tobacco industry.

The tobacco industry being a partner in any initiative linked to setting or implementing public-health policies, given that its interests are in direct conflict with the goals of public health.

The coalition applauds the declaration by the minister of health that the tobacco industry won't be influencing impending tobacco legislation.

We continue to highlight the disturbing results of the Global Youth Tobacco Survey done in Jamaica in 2000, 2006 and 2010, which was conducted by the National Council on Drug Abuse on youth aged 13-15 years old:

These figure have increased since 2006, when the figures showed that 20.6 per cent of boys and 10.9 per cent of girls smoked.

That 13.7 per cent had an object with a cigarette brand logo in their possession.

That 7.8 per cent were offered free cigarettes by a tobacco company representative.

It should be noted that the Child Care and Protection Act (2004), Section 40 states: "An owner or operator of an establishment of sale that sells or serves intoxicating liquor or tobacco products shall ensure that no intoxicating liquor or tobacco product is sold or served by the establishment to any child." Based on the above data, it is clear that this act needs stronger enforcement.

While we note that the tobacco industry is a legitimate business, we would like to point out that history is replete with examples of laws that were not in the best interest of humanity. The fact remains that studies show tobacco kills up to 60 per cent of its long-term users.

We join the minister of health in his concern that it is costing the country US$170 million annually to treat persons affected by tobacco and other non-communicable diseases. A recently held public opinion poll shows that 95 per cent of Jamaicans are in favour of banning smoking in public places and the same percentage believe that workers have a right to work in an environment free of others' tobacco smoke. Ninety-three per cent of respondents believe that it is harmful for non-smokers to be exposed to others' tobacco smoke.

We look forward to the implementation of the FCTC in Jamaica and applaud the Ministry of Health in its efforts to bring this to fruition in the shortest possible time.

The Association of General Practitioners


Knox Hagley is chairman of the Jamaica Coalition for Tobacco
Control. Email feedback to columns@gleanerjm.com and
jctc@heartfoundationja.org.