Pack your bags and go! 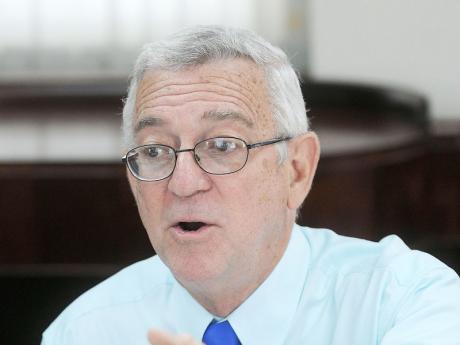 Thwaites fired off the strident edict during a Gleaner Editors' Forum on education at the company's North Street, Kingston, offices last week.

The education minister also suggested that if shirking educators are not willing to clean out their desks and head for the exit, an escalation of existing accountability measures being carried out by the ministry will purge the public education system of the poor-performing teachers.

"I believe that with the strengthening of the regimen of accountability for our teachers, you are going to find an improvement in the quality, and, frankly, a winnowing of the chaff," said Thwaites.

The education minister also told the forum, which was attended by senior officials from the Ministry of Education, that he supports a brand of performance-based pay for secondary-school teachers which is not based solely on passes in the Caribbean Secondary Education Certificate (CSEC).

The clergyman/politician argued that performance-based pay must take into account the level of the student when he or she comes into contact with the teacher and the level of that student at the end of the school year.

"Performance is going to be judged in a variety of ways. Can we state it clearly? We want to lift the pedigree of the teaching profession. We want to reward those who are doing their work diligently and effectively, not by the crude way that it has been suggested that unless your class gets 90 per cent CSEC passes, you're a failure. You can't say that," reasoned Thwaites.

When asked if he believed the Jamaica Teachers' Association (JTA) would oppose any thrust to purge the system of underperforming teachers, the education minister said even though the JTA is a trade union, he has found that the organisation is given to reason and is very "interested" in maintaining "the professionalism of the teaching order".

"We are asking for teachers to take responsibility for students where they find them and where they leave them," said Thwaites.

Paul Adams, president of the JTA, told our news team that the professional body would not oppose the dismissal of any teacher as long as it is done within the parameters outlined in the Education Regulations, 1980.

"The code of regulation, section 55, outlines the conditions under which a teacher may be removed or face disciplinary action," he said.

Section 55 of the regulations states that a teacher in a public educational institution may have disciplinary action taken against him or her for improper conduct while in school, neglect of duty, inefficiency, irregular attendance, persistent lateness, lack of discipline, and such other conduct as may amount to professional misconduct.

Adams also said that the JTA wholeheartedly supports the provisions contained in the Education Regulations.

"We participated in the formulation of the code in 1980, (so) we stand by every element of the code," said Adams.

Meanwhile, Grace McLean, the acting permanent secretary in the education ministry, revealed that an accountability matrix has been introduced for the literacy and numeracy tests administered at the grade-four level.

She explained that the matrix forms a part of the ministry's "broader accountability framework" that "starts with the minister and goes right down to the students because they (too) have a responsibility".

McLean added that the ministry is streamlining all the measures it has designed to "hold people accountable". The acting permanent secretary also pointed out that eight strategic priorities have been identified under the national education strategic plan which will be filtered throughout the system and used by principals to implement school-improvement plans.

Thwaites also revealed that the ministry is offering training opportunities, primarily to secondary-school teachers, in specific areas, including literacy, numeracy and science education. The education minister said he did not believe the ministry was asking the teachers for too much.